California is a top destination in the United States. It is located in the Pacific Region with a total area of 163,696 square miles of breathtaking coastline, mountains and beaches. California is also home to some spectacular national parks such as Yosemite, and attractions such as Disneyland, Hollywood and wine country, among others. With so much to see and experience, it’s hard to know where to start which is why we created this California Travel Guide.

California is divided into two  regions to explore: Northern California, which includes the San Francisco Bay area, Napa, Sonoma, Big Sur, Monterey, Carmel, the Golden Gate Bridge and the magnificent sequoias. Southern California is home to movie stars in Hollywood and Los Angeles, and the most famous theme parks including Disneyland, Universal Studios Hollywood and Sea World in San Diego.

When it comes to outdoor activities California’s diverse landscapes and eco-systems are a big draw for millions of visitors and millions that call the Golden State home. The best way to explore Northern California is via a road trip along the Pacific Coast Highway, where sequoias tower in the dense forests, and California’s Central Coast that takes you to the quaint towns of Carmel by the Sea and Monterey, and Pebble Beach’s  17-Mile Drive, where the fresh air from the redwood forests beckon with refreshing mountain air and nature.

If you decide to make the road trip from Northern California to Southern California visitors are in for a real treat. Often considered one of the most breathtaking road trips in the United States, you can hug Highway 1 all the way along the Pacific Coast through Big Sur’s statuesque redwood trees and sequoias and along California’s Central Coast. The best place to kick off your California road trip should follow a visit to the San Francisco Bay area. Take a drive across the Golden Gate Bridge and explore the wine country in Napa and Sonoma. Check out the one-time most famous prison in the U.S.-Alcatraz Island, which is also a California state park.

Southern California boasts the most popular theme parks in the world including Disneyland (in Anaheim), Universal Studios Hollywood and Sea World. If you take a day trip outside of Los Angeles be sure to visit Santa Barbara with its many shops and boutiques and its Mission-style architecture. Additionally, Santa Barbara boasts mild year-round weather.

No visit to California is complete without a visit to California’s many national parks. One of the most famous is Yosemite National Park, with iconic landmarks including El Capitan, Half Dome, Yosemite Valley and Yosemite Falls, the highest waterfall in North America. Another national park in Southern California is the Joshua Tree National Park near Palm Springs, famous for its hiking and desert terrain. Another not-to-be-missed national park is Death Valley,  one of the most beautiful places for stargazing and a day trip of hiking. Although not a national park, Lake Tahoe is the perfect setting for summers and skiing in the winter. California’s Lake Tahoe borders the state of Nevada and is the best place to take in the Golden State’s Sierra Nevada mountains.

California is located in the Pacific Region of the United States and is the third-largest state in the U.S. The population as of 2013 is 38,322,521, with an area of 163,707 square miles. Major industries include tourism, agriculture, movie-making and technology (Silicon Valley area).

Top 10 Things to Do in California 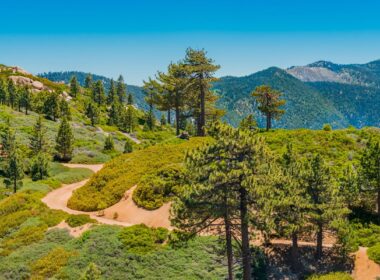 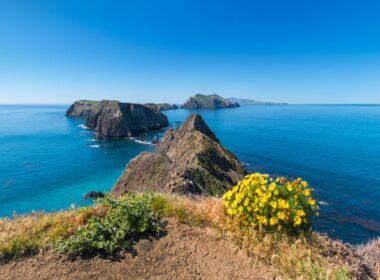 Treasures Abound at the Channel Islands in California

The Channel Islands in California are one of America’s wildest National Parks. Find out why they are called the Galapagos of the North. 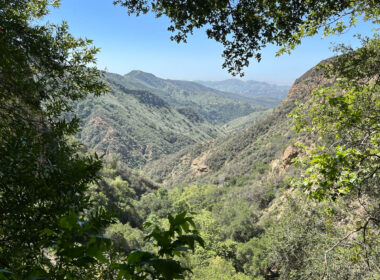 A Review of the Black Star Canyon Hike in Orange County, CA: Is It Worth It?

Thinking of tackling the Black Star Canyon Hike to the falls? Here’s a personal review of this Orange County hike including tips and warnings 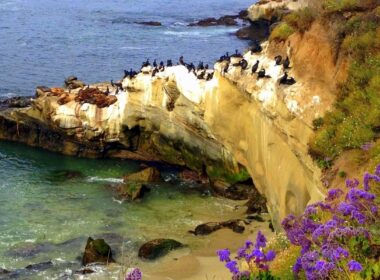 A Visit to the Nature Lovers Paradise of La Jolla, CA

If you love sealife, birdlife and nature then you’ll love La Jolla San Diego. Here’s a taste of things to do in La Jolla for … 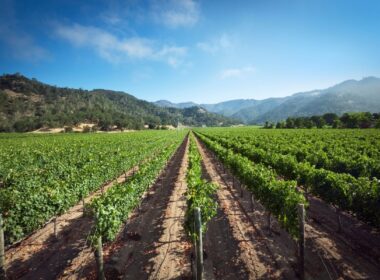 Plan a California Wine Country Vacation: Where to Stay, Sip and Savour

This guide will help you plan the perfect California wine country vacation with tips on where to stay, where to eat and which vineyards to … 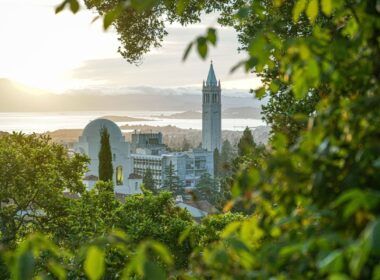 10 Fun and Delicious Things to do in Berkeley, California

Set across from sparkling San Francisco Bay, Berkeley is a socially diverse city with a welcoming vibe. Here are 10 things to do in Berkeley 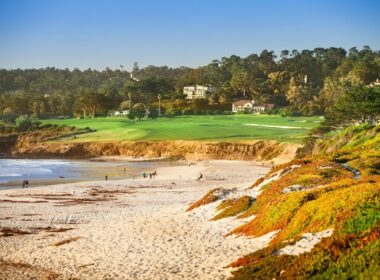 Charming Carmel-by-the-Sea Will Have You Wanting to Return

These things to do in Carmel-by-the-Sea will have you planning to return. Where to stay, where to eat and what to do in charming Carmel, … 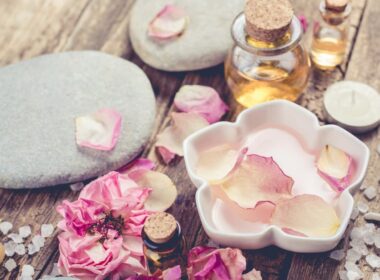 5 Beverly Hills Spas That Will Give You Star Treatment 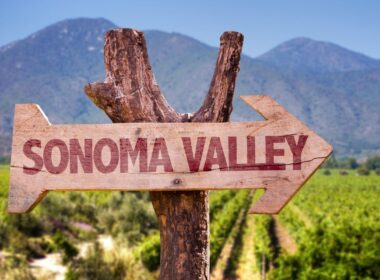 Looking for things to do in Sonoma other than drinking wine? Check out this list of fun Sonoma activites that don’t require wine tasting.
Load More