Love wine? Read on to learn about these top wine regions. We share places, products and activities we recommend. If you make a purchase using a link on our site, we may earn a commission.

Wine is one of the most popular beverages in the world. It’s also one of the most sought-after ways to explore a destination, whether you’re a connoisseur or just an explorer.

But it’s not just Europe that makes the best wine… or houses the most spectacular wine regions.

Here are five wine regions to discover that aren’t in Europe.

Starting off with the oldest New World wine region, Stellenbosch is one of the many reasons millions of visitors head to South Africa every year. The area is privileged to find itself perfectly situated where the mountains meet the ocean.

The result is the offering of some of the richest and most vibrant flavours that you just can’t seem to beat anywhere else in both red and white varietals. It’s also on the iconic wine route, the longest wine route in the world.

Since the arrival of Dutch settlers in the 17th century, the land has been utilized for the ultimate gourmet decadence, developing what is now considered one of the top regions for wine tasting.

As you head from wine farm to wine farm you’ll be adding more and more to your must-try list as you explore the area. You’ll see the European influences of the Dutch architecture, the French cuisine and the British hospitality. And the best part is you could be sipping some award-winning bottles for what is often cheaper than your Starbucks latte.

But, what will really have you doing a double take is the scenery. No matter where you go in Stellenbosch, you’ll have some type of view, whether it’s the mountains, the valleys or the rows of grapevines that seem to be a labour of love and a natural wonder all at once.

Check out the Franschhoek & Stellenbosch: Full-Day Wine Tour and enjoy the local wine along with cheese and chocolate pairing, a guided tour of the vineyard and complimentary lunch. Secure your dates for the top-rated tour here.

Across the Atlantic is the Niagara wine region in Ontario, Canada. When you think of Niagara, you probably think of the world-famous Niagara Falls. Well, you’re on the right track.

The Niagara Peninsula is home to the Falls, themselves, the town of Niagara-on-the-Lake, plenty of Niagara wineries and lots more. This makes for a great day trip from Toronto at less than two hours away. Or, it can be enjoyed for a few days at one of the many bed-and-breakfasts and hotel options.

Something else you may think of when you hear mention of Canada is extreme cold, and for good reason. Canada experiences harsh winters that may seem unbearable to some. But, as any Canadian will tell you, you make the best of what you’ve got, and the Niagara wine industry is no exception.

Thanks to colder winters and humid summers (yes, it does get just as hot in Canada as it does cold!), some unique flavour profiles have developed here. This includes some grape varietals that are almost synonymous with Niagara, like the Baco Noir. If you like dry wines or wines with a “bite” and a “punch,” you’ve come to the right place.

And of course, you can’t leave Niagara without trying ice wine. Exactly as it sounds, this type of wine is made in the winter when the grapes are frozen and harvested in the middle of the night when they reach the perfect temperature.

A lot of love and dedication goes into making ice wine, which is why it’s considered a commodity and specialty. Ice wine didn’t originate in the Niagara wine region, but it definitely put itself on the map in the wine world when Inniskillin Winery won an international competition in 1991.

Get a taste of the Niagara region and more underrated areas through Wine.com. Chat with experts to find wines from all over the world with flavors you already love or new ones to explore. Check out the selection and deals here, then get your bottles delivered to your door!

The United States is filled with great areas for wine, but none have been quite as influential as Sonoma County, both domestically and internationally.

Exuding sophistication and attention-to-detail, combined with a laid-back attitude that is “so-Cali,” Sonoma is a wonderful mark that California, and the United States, have had on the world of wine.

Located just 30 miles north of San Francisco and under 70 miles west from Sacramento, Sonoma County is a must-add to anyone heading to the Golden State.

Wines here in Sonoma are enhanced by the coastal temperatures, leading to batches that age phenomenally well. California, in general, is known for its white wines, but Sonoma County has really honed in on the category, including numerous popular chardonnays, like from the famed Jordan Winery.

But that’s not the only spectacular winery in the region — In fact, there are over 425 wineries to choose from, each boasting mastership of their craft and an exquisite estate that’s as delectable as the wines, themselves.

There’s even a wine pass that will help you to get the most of your time in Sonoma County.

This destination is also a fabulous choice for anyone looking for a health and wellness getaway. You’ll have your pick of dozens of ultra-luxurious, ultra-relaxing spas and wellness resorts in Sonoma Valley that’ll wash you over with a sense of calm and relaxation… almost like that first sip of wine.

Chilean wine may be your go-to aisle when it comes to the liquor store, but it should definitely be added to your go-to wine regions to explore, too. And in the heart of it all is Casablanca Valley, one of the most celebrated regions in all of Latin America and in the entire world.

What makes Chilean wines so amazing is not just their incredibly rich flavour, but the fact that it is home to some of the most eco-friendly wine practices in the world.

Thanks to the climate and terrain, there are minimal threats to the grapes, meaning there isn’t much need for spraying, leaving an authentic and natural taste that is as filling for the soul as it is for the tastebuds.

Casablanca, in particular, is considered one of the Top 10 Great Wine Capitals, and is particularly known as the birthplace of Sauvignon Blanc in Chile. Popular reds include the Syrah and Pinot Noir.

Casablanca has cooler climates and, like Sonoma, the Pacific Ocean is a major influence on the grapes, allowing for an acidic, although elegant and refined sip every time.

As for what there is to see, the towering, yet subtle hills in the backdrop offer a poster-perfect snapshot at every turn, and the valleys offer a classic and timeless feel to the already majestic area.

This isn’t just a destination for natural wonder, but historical and cultural, too. The nearby city of Valparaíso is known as the “Pacific Jewel” and you can celebrate like a local in the annual Encuentro Internacional de Payadores.

On the other side of the globe is Barossa Valley in Southern Australia, about an hour from Adelaide. Along with Eden Valley, Barossa Valley is found in the Barossa district, offering a blend of climates and terrains that offer incredibly rich and refined taste profiles.

This wine region is the epitome of the Australian lifestyle: a slow-paced, relaxed atmosphere, appreciating the natural beauty and rustic sophistication of the surroundings, taking the time to really savour the aromas and the company.

Like much of Australian society, the winemaking tradition is rooted in old-school philosophies with a forward way of thinking. Dating back to the 1840’s, Barossa Valley’s wine culture has become one of the most renowned spots for wine-lovers in the world. Today, the region is home to more than 550 families of winegrowers, some of whom are sixth-generation growers, and 150 companies.

Of particular note is the Shiraz, which is highly-regarded worldwide for boasting flavour that can be described as sweet and mysterious, while leaving a musky and powerful impression.

The tannins (the tinny, coating feeling that leaves an aftertaste) in Barossa Valley tend to be powdery and subdued, as opposed to stark and present like other wines. Over in Eden Valley, you’ll want to try the famous Riesling, which is dry and lingers on the palate.

Join an intimate group of wine lovers during your trip on the Small Group Premium Wine Tour with Lunch. Make some friends while you experience the flavors and natural beauty of the Barossa Valley. Book your tour here and if any plans change, you can cancel anytime up to 24-hours before for a full refund. 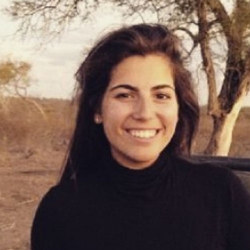 Gabi Sandler
Born with the “gift-of-the-gab,” Gabi Sandler has loved talking about anything and everything she loves since she could talk, which includes her absolute favorite thing: travel. Naturally curious and constantly exploring, Gabi has been traveling the world since she was an infant and is always looking for the next adventure, even in her own backyard. She hasn’t been everywhere, but it’s on her list!

New Orleans’ Number One-Rated Attraction Now Has a Top Hotel -The Higgins
Next Post: A Couple in Corfu: Falling in Love (with Greece) Again