Editor’s Note: In Go World Travel Magazine, we share places, products and activities we recommend. If you make a purchase using a link on our site, we may earn a commission.

This is how you’ll be greeted in the morning when you travel to Greece. Welcome to the south of Europe, welcome to the land of democracy and philosophy, and the Olympic Games.

Have you ever tried feta cheese or tzatziki salad? You’ve probably heard of Greek yogurt? These are Greek specialties, along with souvlaki and gyros. Greece is also a large producer of top-quality olive oil.

The Greeks are welcoming, fun people, and adore the traditional Sirtaki dance. Of course, they are cheerful as they have as many as 250 sunny days a year. Greece is the southernmost member of the European Union. It is surrounded by the Aegean, Mediterranean and Ionian seas. Greece offers beautiful beaches and picturesque villages with narrow streets and tavernas.

The Peloponnese peninsula is known for its poleis, former city-states like ancient Sparta. Numerous archeological sites testify to the rich history of Greece. The ancient Acropolis, with the Parthenon temple, is a landmark of Athens. Other important archaeological sites include Delphi, in the south of mainland Greece, with the temple of the god Apollo.

Meteora monasteries will leave you breathless because of the grandiose cliffs on which they are located and the magnificent view of the valley. The old town on the island of Rhodes near Turkey is one of the best-preserved fortifications in the Mediterranean. The Cyclades are among the most famous Greek islands. Santorini is a favorite place for honeymooners, and Mykonos is known for having a great nightlife.

You will also love the beautiful Golden Beach on the island of Paros, the surfing paradise of Naxos, the well-maintained bike paths on the island of Kos, as well as the incredible cultural and historical heritage and natural beauty of Crete.

Corfu and Lefkada are beautiful islands in the western part of Greece. Thessaloniki is a large city in central Greece with numerous Byzantine monuments and for centuries the most important port on the Aegean Sea, which is often used by large cruise ships.

The coronavirus pandemic and lockdowns have also affected trips to Greece, so find out about the conditions for entering this country before leaving home. You will probably need a vaccination certificate or a negative PCR test.

Find more tours and activities to make the most of your stay in Greece through GetYourGuide. Whether you want to Volcanic Islands Cruise with Hot Springs Visit in Santorini or go on a Sunset Historic Tour of Cape Sounion in Athens, there is something that everyone will find fun and interesting. See more locations in Greece and book your dates here.

Greece is located in Southeastern Europe, bordered in the north by Albania, Macedonia, Bulgaria and Istanbul. The country is surrounded by the Aegean Sea and the Ionian Sea with many Greek island chains throughout those waters.

Top 10 Things to Do in Greece 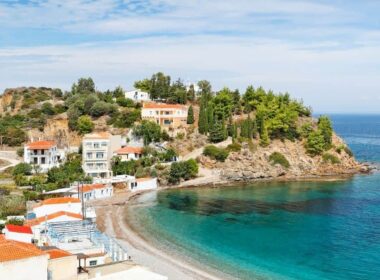 Go Off the Beaten Path to the Magical Island of Chios, Greece

The island of Chios, Greece is off the beaten path of tourists which allows a… 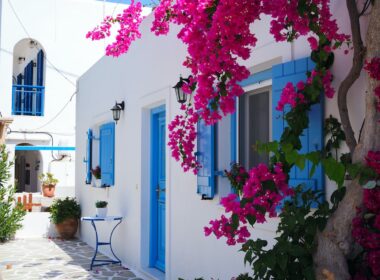 When Is the Best Time to Visit Greece?

Greece is a country in Europe with amazing historical sites, islands, and fantastic gastronomy. Find… 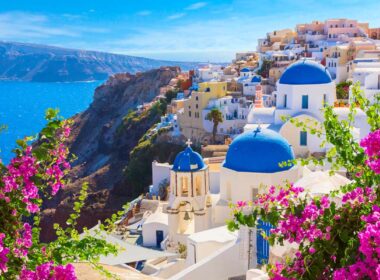 Top 10 Things to do in Greece

With the cliffside cities, breath-taking beaches and mouth-watering cuisine, Greece is filled with stunning thrills… 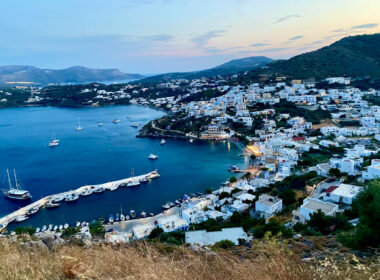 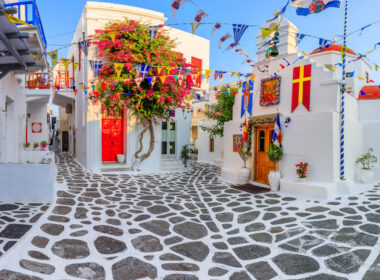 Top 10 Things to do in Mykonos: So Much More Than a Greek Party Island

Mykonos is known as the Greek party island with a nightlife that goes till dawn…. 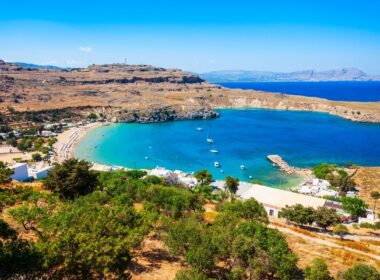 Top 10 Things to do in Rhodes, Greece: So Much More Than a Beautiful Beach Destination

The Greek Island of Rhodes is a top beach destination. However, there are many more… 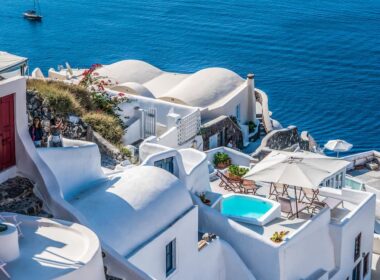 Top 10 Things to Do in Santorini, Greece

Santorini is a beautiful and ancient city, with picturesque beaches and bold wines. Here are… 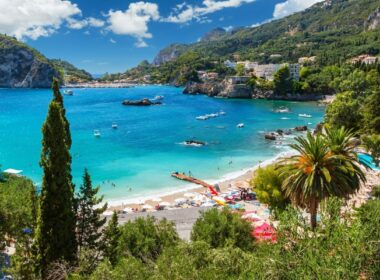 A Couple in Corfu: Falling in Love (with Greece) Again

During a belated, off-season honeymoon in Corfu, a couple rediscovers their love of Greek food,… 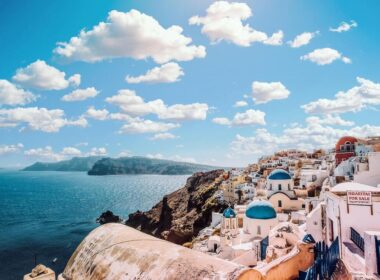 Greek Islands Holiday: Top Things to Do in Greece

Experience culture, mythology and a relaxed way of life in Greece, the Cradle of Western…
Load More