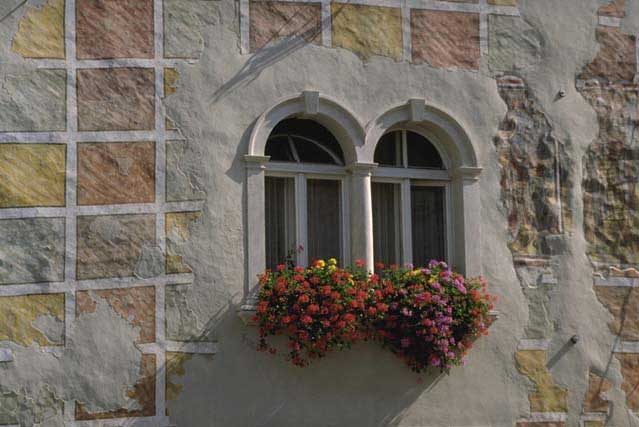 I was 20 years old the first time I ever stayed overnight in the hospital. I can still hear the occasional beep of the heart monitor, can still remember that groggy feeling spurred on by pain meds, and I won’t ever forget the words that fell out of the ER doctor’s mouth as he told me my diagnosis.

“You have multiple blood clots in your lungs,” he said dishearteningly as he held up the CT scan.

It turns out that I suffered an undiagnosed deep-vein thrombosis, a blood clot that forms in the deep veins of the body, such as in the leg or arm. Symptoms of this type of clot are calf cramping, swelling of the leg, and pain or tenderness along the affected limb.

In my case, the leg pain I felt was very similar to the multitude of muscle injuries I had faced as a lifelong athlete. I assumed my pain and discomfort was a workout injury and nothing more.

This undiagnosed deep-vein thrombosis then spurred on my pulmonary embolism when pieces of the clot broke off and went to my lungs. Now, there was only one thing that crossed my mind upon hearing the doctor’s words.

Would I or wouldn’t I be on my upcoming flight to Europe for a semester-long adventure?

If you’ve never experienced a pulmonary embolism before, let me tell you that the condition is no joke. These blood clots have the potential to kill you. A very large pulmonary embolus could cause immediate cardiac arrest, and if a smaller one goes undetected, it won’t be long before it also does the same.

Boy, do I consider myself lucky. But, my overnight stint in the hospital couldn’t have come at a worse time.

After discussions with my doctor and me vehemently relaying how important this trip was to me, it was decided that I could still make the flight. My serious condition, however, required me to be on blood thinners for at least six months.

This type of medication already comes with a heightened risk of internal bleeding complications, and with no access to American healthcare while I was abroad, I opted to take the newer oral medication Xarelto. It wouldn’t require weekly blood tests or a change in my diet like traditional anticoagulants did.

However, it didn’t come with an antidote to reverse its blood-thinning effects if something did go wrong. This lack of antidote has actually spurred on many internal bleeding incidents and even legal troubles for Xarelto’s manufacturer, something that had yet to be unveiled when I opted to take the drug.

“This drug can cause severe internal bleeding, so even a minor fall could be extremely dangerous,” my doctor warned.

I boarded the plane beyond nervous. After surviving a pulmonary embolism, would I survive again if I happened to take a spill?

In that moment, I decided that I couldn’t let fear be a heavy cloud that lingered over this entire overseas adventure. I tucked the feeling away in the corner of my mind with the knowledge that fear would greet me if and when another health incident would occur. I prayed it wouldn’t.

My semester went off without a hitch. My home base was Prague, Czech Republic for those four months, but I managed to also cross 10 other countries off my bucket list including Hungary and Croatia.

I routinely took my blood thinners as prescribed by my doctor, knowing that one fall could ruin everything. Well, that one fall did happen, down a flight of stairs no less, yet it was another instance where I survived. I suffered no internal bleeding complications, only a nasty bruise.

If I learned anything while traveling with this serious health condition, it’s that fear can be just as debilitating as a physical ailment. I was scared the moment I heard my diagnosis, scared when I boarded the plane, and certainly scared while I explored the European cities wondering if the cobblestone streets would make me stumble and fall.

Fear was a constant presence on my trip, but it didn’t stop me from having the time of my life. If you’re ever put in a similar situation, know that it is possible to travel without being the absolute healthiest you’ve ever been.

But, I also learned the importance of paying attention to your body. I had ignored warning signs of a pulmonary embolism for months; I attributed my difficulty breathing and DVT leg swelling to a simple respiratory infection and muscle injury. It turns out I wasn’t as invincible as I thought.

But perhaps it was my knowledge that I wasn’t at my healthiest that led me to take full advantage of everything Europe had to offer. I didn’t know, and still don’t know, when my survivor’s luck would run out.

How to Prevent DVT While Traveling

Travelers often have the greatest risk of developing DVT because of the extended periods of inactivity they do to reach their final destinations. Whether it’s sitting for long hours on a plane, train, and car, or even lounging at the airport gate, the lack of movement can cause your blood to become slow and sluggish.

This creates the perfect opportunity for a DVT to form. However, there are steps travelers can take to lower their risk and ensure that their adventures go off without a hitch. Follow these tips to lower your risk:

Rooms with a View at Colorado’s Garden of the Gods Resort
Next Post: Trek to the Lost World of Venezuela’s Mt. Roraima