Travel in Dubai continues to grow. Earlier in 2015, Dubai made it to the top of the international travel destination list as it was awarded the fourth most popular travel destination in the world, according to the MasterCard Global Destination Cities Index.

“Since the inception of the Global Destination Cities Index in 2009, Dubai has continued to climb the ranks as an international travel destination for both business and leisure purposes,” said Eyad Al Kourdi, Country Manager for the UAE at MasterCard, in an article for Emirates 24/7.

Using insights into travel patterns, the Global Destinations Cities Index ranks the 132 most visited cities around the world.

Although it is more than just a travel tracker, as ‘the index aims to deliver a deeper understanding of how people move around the world and speaks to the importance and prominence of the world’s cities as homes, destinations and engines of growth,’ explains an article on Emirates 27/7.

Dubai has always been on the radar for its tourism interest, but for many years, this city was merely a stopover destination.

Over the years it has dedicated time and resources to becoming one of the top tourist destinations in the world, and has propelled itself to the top of the list in a short time.

London topped the list in 2015, with second and third place going to Bangkok and Paris respectively, and Dubai taking fourth position.

According to the study, by the end of 2015, Dubai would have predicted to have welcomed over 14.3 million visitors, which is an impressive increase of 8%, compared to the previous year’s results.

Owing to the fact that it is still a preferred stopover city, it still currently receives some of the highest visitor numbers for overnight stays.

There are various activities that one can experience in Dubai in under 24 hours – everything from visiting the Burj Khalifa (the tallest building in the world) to heading out in a 4X4 for a desert safari, to enjoying a dinner in some of the best hotel restaurants hosted by celebrity chefs, like the Bread Street Kitchen and bar hotel restaurant, owned by Gordon Ramsay.

What to See and Do in Dubai

Those who plan to stay for more than just 24 hours in Dubai are sure to enjoy seeing and experiencing more of its culture, and its incredible activities.

For example, for those who enjoy indulging in the finer things in life, Dubai is home to some of the biggest malls in the world, including Dubai Mall, which is home to 1,200 shops.

Those who prefer the outdoors can spend their days lazing on one of Dubai’s immaculate beaches or spend a weekend under the stars camping in the desert.

For those who like to spend their vacation relaxing, Dubai has an array of spas with every type of treatment imaginable to help melt away any stress.

Travelers who enjoy history and culture can gain insight into Dubai and its culture, including taking a trip to the Al Fahidi Historic District or visiting the Dubai Museum.

Lastly, for those adrenaline junkies, get your blood pumping at the Wild Wadi Water Park, take to the sky in a hot air balloon, or ski indoors at the Middle East’s first indoor ski center.

“We continue to see international visitors and their spending play an increasingly critical role in boosting economic dynamism in destination cities around the world,” explains Dr. Yuwa Hedrick-Wong, global economic adviser to MasterCard.

This rapid increase in the ranks is owing to various factors, one of which includes the Dubai 2020 Expo.

This is the first time that the World Expo will be held in the UAE and Dubai has implemented various strategies in order to make the Emirate the most tourist friendly city in the world by this time.

Regardless of the fact that the economy might seem unpredictable, the growth of international visitors into the country increases.

We suggest that Dubai is so much more than a stopover city, with so much to see and do, it is definitely moving towards the top of many travel bucket lists. 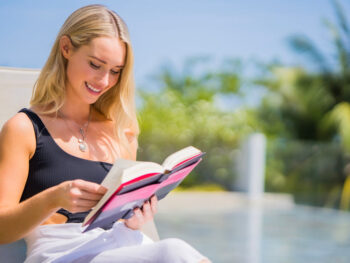