An announcement was made on my connecting flight from Istanbul to Riyadh that no alcohol would be served. It was a reminder that the plane would be landing in the world’s most conservative Islamic state.

A country where the cultural norm required that Saudi women dress a certain way. They wear an abaya, the long black robe worn over their clothing. They also wear a hijab, a black scarf worn to cover their hair, and a black niqab to cover their face.

It’s also a country where Sharia Law allowed the Mutawa, the religious police, to detain a man and a woman simply because they were an unmarried couple having a cup of coffee together at Starbucks.

A country where a woman could not go into a restaurant where men were seated. Instead, they had to go to a  separate room to be served.

A country where I would see fighter jets flying overhead after a bombing raid in Yemen, a war known as the “The Forgotten War’. I’d be reminded of the suffering taking place there.

How I Ended up Living in Saudi Arabia

For these reasons and others, Saudi Arabia is unlikely to be on your list of ‘must see’ travel destinations. Nor was it on mine. But, life circumstances took me there as a teacher of English as a Foreign Language.

When I accepted a teaching post at Princess Nourah University in Riyadh, the world’s largest all-women university, concerned friends asked me, “You’re not afraid to go there?”.  No, not at all afraid, and in fact, I looked forward to the experience, and the reward was great.

Four years later I left with a renewed sense of adventure and memories for a lifetime. Having seen Saudi Arabia through ex-pat eyes, I experienced a country amid change and viewed scenery like none other.

The Beauty of the Arabian Desert

The Arabian desert is a place of beauty. Whether one hikes the rocky, hard-packed sand or enjoys the softness of the Red Sands, ideal for sandboarding or riding in a dune buggy outside Riyadh.

About two hours away by car, you can visit “The Edge of the World”. This is a well-known stop in the desert for both Saudis and foreigners. Though it’s never crowded. The unmarked road through the desert from the highway ends above a scene of endless desert bordered by massive pillars of stone. One can easily imagine such pillars far under the sea before a rift in the earth’s crust separated the Arabian Peninsula from Africa.

Further east in Dammam, the dunes rise high into the sky where you can play in the world’s largest sandbox. The sand is soft and flowing, unlike much of the desert around Riyadh, where the sand is often laced with rocks and pebbles. However, both are equally beautiful.

But there is more to Saudi Arabia than the desert and the delightful faces of camels. It is a country of legendary hospitality. A place where people are eager to share their culture, food, history and conversation.

You will be treated to Bedouin hospitality, which traditionally begins with dates and small cups of Arabic coffee in a three-sided tent. Then a communal meal is served where everyone is seated on the ground on colorful rugs and shares rice and pieces of mutton cooked on a spit.

A visit to a souq, a traditional market is a must. You will find anything from fresh fruits and vegetables to shops full of trinkets. Also, antique silver jewelry and hand-crafted gold necklaces, earrings and bracelets.

For sure, the merchants will “…offer you a special price for you today” for anything you would like to buy (though no bargaining the price of gold).

Chances are you will go home with a handmade carpet, the colors of which are far too beautiful to leave behind. Or maybe a gold necklace or earrings that will remind you of the merchant taking time to serve you sweet mint tea and talk about the design of the jewelry.

Crown Prince, Mohammed bin Salman al Saud, opened Saudi Arabia to tourists in 2019. It was part of his program called Vision 2030, meant to bring his country into the 21st century. Likely also realizing that the supply of oil is diminishing and that tourism could bring in needed revenue in the future.

Music of all kinds is now played in outdoor theaters and men and women, married or not, can enjoy it together. Singers and performers such as Mariah Carey and Sean Paul recently appeared on stage together.

The South Korean group, Super Junior also performed to the delight of young Saudi women, whose interest in Korea was piqued by this group. I remember a student of mine enthusiastically talking about Korean culture and food and had even taught herself some phrases from the language.

Some performers, however, such as Nicki Minaj, cancelled their shows to protest the Kingdom’s violation of women’s rights and those of the LGBTQ community.

The claim was that the Crown Prince was only allowing musical concerts to better the image of his country. Those claims may be true, but change continues to take place.

Foreign women no longer must wear an abaya or cover their hair. Alcohol is still banned though there is some talk of its being allowed in hotels that foreigners frequent.

Movie theaters have opened and, maybe most importantly, since 2018 women have been allowed to drive, making work more accessible to them than it was previously.

Professions such as police officers and lawyers, once the domain of men only, are now open to women. They now make up about 52% of the student population in the universities.

In the past, stoning was punishment for adultery, but that practice no longer exists. Plus flogging for what were known as ‘moral crimes’ rarely, if ever, happens. Religious tolerance is increasing and the Mutawa no longer roam the streets looking for violations of Sharia Law.

There is much to enjoy and to learn in Saudi Arabia. Each February outside Riyadh, a festival of Saudi Arabian culture and that of other Gulf countries is held. Here people are eager to talk with visitors about their country and will want to learn about theirs in return.

Twice I attended the festival and I was invited to sit with Saudi women, one of whom gave me a bottle of water from Makkah, Islam’s holiest city.  Another gave me delicious cookies, ma’amoul, filled with dates, made in Qassim Province to the north of Riyadh.

So Many Reasons to Visit Saudi Arabia

It is unlikely that you have ever been to a camel beauty contest or learned about and participated in the tradition of falconry. Also unlikely you’ve slept in a Bedouin tent under the stars of the Empty Quarter.

Or visited Abha, where the high mud houses were built upon mountainsides and reachable only by a rope, a way of keeping Ottoman warriors at bay.

You’ve probably never walked among the historic streets of Jeddah and seen the ornate wooden windows designed to let in cool air but keep the women safe from prying eyes. Nor gone diving or snorkeling in the Red Sea. But all this and more are there for the taking.

I still miss the Kingdom, its hospitality, its culture, its warm, sandy deserts. While traveling in Cyprus during my time in Saudi Arabia, I came across this sign on a beach: “You can shake the sand from your shoes, but it will never leave your soul.”  How true that saying has become for me.

When I made the decision to accept a teaching position in Saudi Arabia, friends asked if I wasn’t afraid to go there.  Others since that time have expressed to me that that is a country they would never visit mostly because of the country’s human rights abuses, including the way women are treated, the death of a dissenting Saudi journalist, and the overall perception that the Middle East is a dangerous place.

What I found instead was a country opening up to the 21st century, where many of the restrictions have disappeared. Never did I feel afraid even when I traveled solo; in fact, I felt welcomed wherever I went. 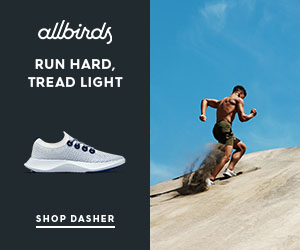 All that has since changed. Foreign women can now go out without an abaya, but are asked to dress modestly – no tank tops, shorts, or tight pants.

Start planning your cultural adventure to Saudi Arabia today. Find insider knowledge on how to get around, hotel and VRBO accommodations, restaurant reviews and more information from locals and visitors through TripAdvisor and Travelocity.

Numerous travel agencies can be easily found and I highly recommend:  amazingtours.com.sa

I would also recommend this guidebook, published in 2020:

In addition, blueabaya.com is the website of a Finnish woman married to a Saudi.  The site is very informative culturally and historically.  Here is some of what she has written:

“The purpose and goal of this website is to highlight the positives of life in Saudi Arabia through a sense of humour while maintaining a realistic mindset. Through beautiful, unique imagery and captivating storytelling, the Blue Abaya blog aims to show the outside world the true beauty of the land, culture, nature and traditions of Saudi Arabia, a place that still remains widely unknown and mysterious to so many.“

Author Bio: Ava Kabouchy is the author of two books: “Where in the World is Grammie Now?”: The Adventures of a Globetrotting Grandmother,” written to teach children about Saudi Arabia and to encourage grandmothers, such as herself, to travel, experience, and learn.  She also authored  “Wanderlust:  A New Lease on Life in the Kingdom of Saudi Arabia”, published by Europe Books. Ava makes her home in southwest France and in summer, on a remote island off the coast of Maine, USA.