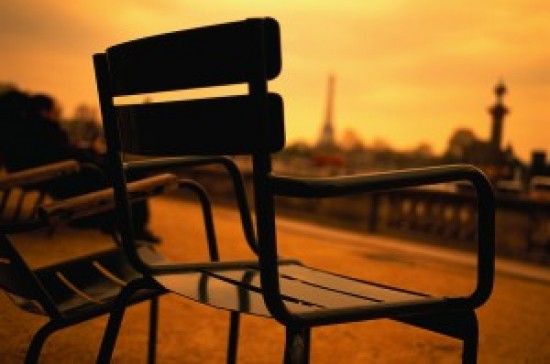 Planning A Trip to Paris

My friend Lisa is planning a trip to Paris. We are sitting in my kitchen, where she has spread out several maps and dumped a towering stack of French guidebooks on the table.

Using her forefinger with its perfectly polished red nail, she points out all the places that she and her husband will visit, commenting on each exotic destination.

“Can you imagine?” she asks. “All that great food, the cafes, walking along the river banks. …”

Her voice drops off as she envisions herself in such locations. Lisa, it’s obvious, has already fallen under the city’s spell.

My First Impressions of Paris

Frankly, I don’t know how to answer. For others, Paris is the most romantic of all locales.

For me, it’s the city of unfinished business, where a story that was once started hasn’t yet found its end.

It stems from my first impression of Paris. Lasting memories are formed by virgin encounters with the places we see, the food we eat, the bed we sleep in, and most of all, the people we meet.

I was studying in Vienna, and as any college student abroad will tell you, exploring the continent during school breaks is half the fun.

There is no other feeling like grabbing your rail ticket and backpack, opening a new, crisp map of Europe on a bright and shiny Saturday morning, and picking, either on a whim or some rumor you have heard, the place that you want to visit next.

That’s how I ended up on the overnight train to Paris.

I slept most of the way and awoke as I felt the wheels slow for our arrival in the French capital.

Being Robbed At Paris

Drowsily, I grabbed my backpack and searched for my small shoulder bag, the one with money and a credit card inside. It was nowhere to be found.

My shoulders slumped as I realized that I had been robbed. I couldn’t figure out how. Several others and I shared the closed train compartment. I didn’t remember anyone else coming in.

I left the train and decided to go to the police — if I could only find them. Stopping here and there, I asked vendors for directions.

At the Police Station

Most stared at me dumbly, amused at my English words. Finally, a woman pointed out a small police office. A policeman in a stiff uniform and proper hat motioned for me to sit down in front of him.

He pulled up a small black typewriter, stuck in a triplicate form and began firing away questions in French.

I couldn’t understand a word he said. I told him so in English, but he asked another question — in French.

I just stared at him dumbly. Finally, he shrugged his shoulders and rolled his eyes with exasperation.

Tired and fed up, I blurted out my story in English, pausing briefly between sentences for breath.

When I stopped, the policeman stared at me a minute and then began typing in a two-fingered fashion. He did understand what I was saying!

Or else he was typing, “This stupid American girl doesn’t speak even one word of French. Who knows what she is gesturing wildly about?”

When he was done, the policeman spoke again in French and pointed me to the door. So that was the end of that.

Later I heard that there had been a rash of train robberies that month. Now, I was in Paris with less than $20 worth of currency in my pocket and no credit card. A fine state!

One bright spot — before setting out for Paris, my uncle had given me the name of a place to stay.

“The Palais de la Femme,” he suggested. “They were very nice. And don’t worry. It’s inexpensive.”

For now, I had the whole day ahead of me, so I tossed my backpack over my shoulder and set off to at least see SOME of Paris.

I grabbed a map of the subway system and went exploring.

The cozy cafes that I passed looked warm and inviting — young couples were staring at each other over tumblers of red wine.

I saw children eating cakes and bread while their mothers talked happily together.

I had no money to enjoy these tempting places, so I just walked on, watching these happy scenes through the windows.

Determined not to let that get to me, I hauled my backpack across the city to see the outside of Notre Dame, free to view, and I walked along the Seine River, also free.

It was getting dark as I walked into the park under the Eiffel Tower. As a recently robbed student, I couldn’t afford the ticket to the top of the Tower.

So, I sat down on a park bench and stared at its twinkling lights. It was strange to look at a monument that I had seen so many times in pictures.

Couples walked by arm in arm, others sat on a nearby bench kissing. I was overcome with a feeling of loneliness.

Suddenly, all I wanted to do was leave this city of lights and these people I couldn’t understand far behind. But first, I had to find somewhere to spend the night.

I walked over to stand in the light of a pub, and pulled out my map. While I searched for the street I needed, a group of three young men noticed me.

Their pointing fingers and rapid French made me wonder, but when they stood and wobbled toward me, I felt uneasy. Quickly, I stuffed the map back into my pack, pulled it over my shoulders and walked away.

One of the drunks followed, speaking in French. I ignored him, beginning to get scared.

A block later, he still followed. The glass of wine was gone; an intent look now covered his face.

Then I saw it — Palais de la Femme — in bright lights ahead. I felt like jumping for joy. It was a nondescript building, but right then it looked like the Hilton.

The place was simple and clean. At the front desk, two women were working. One, who was a young woman about my age, smiled at me.

I hesitated and took a deep breath before asking in English for a room.

She smiled, but it seemed that she didn’t understand very well. “Hablas Espanol?”  I asked tentatively.

“Si!” she replied. Relieved, I asked for a room. She took out a key and then told me the price.

It was about 10 Euros more than I had with me. My shoulders fell and I turned to leave, stuffing my money back into my pack.

“Wait,” she called, motioning me back. Then she pulled out her purse from a drawer, opened a tiny pouch and drew out some cash.

“Here, now you have enough,” she said, handing me a form and pen to register.

Meeting with a Kind Woman

I looked at her with shock. Did she just GIVE me money? With her simple gesture, this young woman, who told me her name was Pacquita, had turned around an entire city for me.

I thanked her while she gave me the keys to the room. I have never been so relieved at the sight of clean, white sheets in a small, ugly room.

For the first time that night, I took a deep breath and felt safe.

Later that evening, I went down to talk with her. We spent over an hour chatting about attending university in France and Austria.

Pacquita wasn’t working that next morning, and I never saw her again. But when I left for the train station, I noticed that Paris had taken on a fresh hue.

Sparkling sunlight reflected in the windows as the sleeping city woke up. I could smell baking bread and rich coffee from the cafes as I walked back to the station. 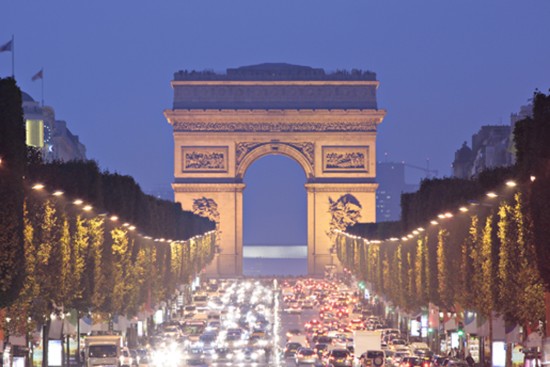 A few weeks later, I got a postcard from Pacquita. “I hope you have a great year at university,” she wrote. I pinned her card up on my bulletin board, and later packed it home to America.

“That card is probably still in a box in my basement somewhere,” I now tell my friend Lisa, who has been listening to my story. “I haven’t thought about Pacquita for a long time. …”

Is it possible? Have I let the fright I felt in Paris overcome my memory of the kindness I found there?

I breathe slowly, remembering how that one small gesture of compassion changed everything.

“Let me see those brochures,” I say, grabbing a stack of them. I open up a map of France to see the page dotted with tiny villages, blue lakes and then Paris, big and shiny on the page.

“Paris really did look beautiful in the moonlight,” I tell Lisa, a smile on my face. This French city, I have decided, is worth seeing with fresh eyes.