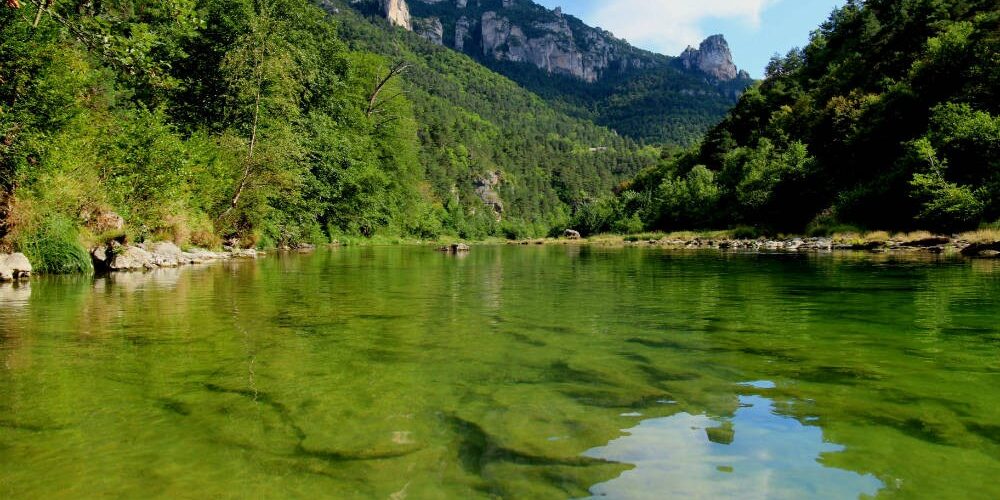 For centuries, barges were the easiest way to transport heavy wine casks around Europe. It’s no coincidence, then, that France’s network of ancient trade routes is accessible today by sea, canal or river.

In an attempt to combine “slow” travel to connect with the gentle flow of nature and explore a land fashioned by the history of its waterways.

I traveled by inflatable raft to sip, sample and float my way through France’s epicurean rivers.

It all started in Canada

So I joined in, with my natural obsession for everything nautical and my newly purchased Canadian inflatable SeaHawk, to cruise down Stamp River Falls in Port Alberni and Cowishan River.

The Cowichan Valley, or “land warmed by the sun” in Coast Salish, enjoys some of the warmest temperatures in Canada along with mind-blowing views of majestic mountain peaks.

My rafting trip in Canada began in the morning when the river was stirring into life, when frogs were croaking and songbirds trilling along the banks.

A New Way of Life

Distinctive bald eagles, the world’s largest birds of prey were looping high in the sky.

Floating down the gentle current, admiring the surrounding drooping oaks and weeping willows, marveling at the scenery, I embraced the perspective of a new way of life.

Fast-forward to Europe, where I began my river adventure in Belgium with summertime in full swing. I conducted a successful test out of Seahawk on an “urban river safari” through Gent for the best up-close views of the city’s stunning architecture.

The friends that embarked with me were suspicious, yet genuinely intrigued by the concept, later surprisingly enchanted by their experience, perhaps seduced by onboard hospitality facilities.

I was itching to expand my horizons and somehow convinced my best friend to volunteer as a crew member to explore France’s rivers.  Research began, and so did my belief and confidence in self-taught navigation skills on an inflatable boat.

The Vezère and the Dordogne rivers are particularly known to wind gracefully through some of France’s most picturesque landscapes.

It embellished with fine medieval castles built during the early Middle Ages by barons seeking to consolidate their power or protect their wealth.

This is a land which has invited exploration and settlement for centuries on the traditional mode of river transport, the gabarre – a wide, flat-bottomed barge known for its stability.

At the confluence of the Dordogne, the southern part of the Vezère drifts down a steady, lazy current cupped in a tree-lined valley, providing an ideal waterway for novice and experienced “floaters” alike.

The joys of relaxing on this gently winding river from Montignac to St Léon-sur-Vezère lasted about six hours for a 10 km long journey.

Still on time for aperitif, we deflated in the meander of the river in St Léon-sur-Vezère.

Ranked among France’s most beautiful villages, St Léon is awarded with the tourism label of “Les Plus Beaux Villages de France” which gathers 155 referenced authentically preserved villages throughout France.

Tackling the Dordogne River the next day was approached with a certain upgrade of facilities –  a cooling section for drinks and a provision of culinary delights on board.

Dordogne is fiercely proud of its food heritage and exciting your taste buds is simply a way of life here.

We picked up a fresh baguette from the local boulangerie and in a tenacious respect for local gastronomic traditions grabbed a small pot of foie gras du Périgord, figs, walnut jam, knobbly yellow quinces and Cabécou goat cheese from a town market.

We were spoiled in our choices for a good bottle of wine to wash down all these delicacies with the local vineyards of Bergerac, Duras, Marmande or close by Monbazillac or Saussignac. Alternatively, the sweet dark walnut wine is a local aperitif of excellence here.

Passing by one inspiring chateau after the other leads to the exquisite riverside village of la Roque-Gageac.  Wedged between towering cliffs and the Dordogne river, it is actually known for its subtropical microclimate due to its unique setting.

The view from the river is breath-taking, with troglodytic cave dwellings nestled in the rising cliffs.

Downstream, we passed under a couple of old stone bridges waving to enthusiastic kids, enjoying picturesque scenes of fly-fishing, family barbecues and a festive riverside atmosphere of quintessential France.

The day was drawing to its end after an ambitious 17 km journey down the Dordogne.

As we approached the shores to disembark in silence and serenity, the splendid shadow of the medieval fortified chateau of Castelnaud rose from the mist of the river in a surreal sunset at the meeting points of the Dordogne and Ceou Rivers.

Heading south for more water adventures, mountain scenery and abundant wildlife, the Millau viaduct is the gateway to reach the high limestone plateaux of the spectacular Gorges du Tarn, known as Les Causses and labeled a UNESCO world heritage site.

We ventured to the most exciting and attractive section of the Tarn River, which runs north of the pretty little village of Rozier, 21 km northeast of Millau along a twisting road at the foot of one of the longest and deepest gorges in Europe.

The narrow scenic road follows the left bank of the river up to Les Vignes, a tiny village perched over an ideal departure point on the river, equipped with an inviting water toboggan.

Both sides of the river are spiked with pinnacles of sheer eroded rocks and cloaked with woods of feathery pine.

The steep environment sets scales into perspective, from my cosy embarkation the grandeur of the precipitous trench is impossible to capture on camera, the majestic landscapes difficult to compact to fit in a lens.

About a kilometre downstream, rapids start splashing. Nothing too impressive for Seahawk, riding rapids on an inflatable embarkation is fun, safe and bouncy.

Paddling an inflatable is nothing like paddling a kayak. It is smooth, gentle and reactive. Your faith lies more in the drifting current than in your paddling skills and that allows you to focus on onboard entertainment and conviviality.

This is a distinct “non-sporty” rafting experience you can quickly get addicted to and a perfect escape on a hot summer day.  Floating brings your awareness into the present moment and awakens the senses. Life slows down.

Everyone has a personal preference when it comes to crew navigation techniques on the river. I’m a big fan of rowing in turns.

Team collaboration somehow reaches its limits and sharing the task with one paddle each is bound to stimulate divergences in rhythm and strategy, to create tensions and could easily ruin a relationship.

My tip is to let your part-time co-sailor paddle as you offer to spread the local tapenade or foie-gras on a piece of crispy baguette and quench our thirst with a fruity rosé…. Team work it is in the end!

Yoga in the Yucatan: Maya Tulum was first wellness retreat in area
Next Post: A Night at the (Paris) Opera