South Carolina plantations offer an extraordinary glimpse into the Lowcountry’s storied past. Stepping onto a plantation today can be both mesmerizing and disquieting. They are the innate reminders of a deep heritage, both historic and troubling.

Then there are the groves of live oaks, manicured gardens and charming pastures that provide the very picture of Southern charm. Our exploration into the incongruities of the Palmetto State’s cultivated history began with the traditional and ended with the unique.

As we turned onto the unpaved boulevard we were immediately struck by the twin rows of evenly spaced ancient, towering oaks. Their gnarled arms reaching majestically high above our heads, holding an immense viridescent leafy canopy dripping with the lacey tendrils of so much Spanish moss. The nearly one hundred natural columns create a breathtaking grand entry to the oldest continuously operating plantation in the country.

Clustered along the banks of Wampacheone Creek, in Mount Pleasant, South Carolina, the 783 acres of Boone Hall Plantation have a long and varied history.

It was founded in 1681 by Major John Boone and his wife Elizabeth. Since then it has witnessed the Revolutionary War, the birth of the nation, the Civil War, the abolition of slavery and even become a Hollywood star. Through it all the grounds have continued to grow and be productive.

At the end of the Avenue of Oaks, we were greeted by a handsome, two-storied brick Georgian-influenced mansion with a grand 6-columned portico. We walked through the gates of the serpentine brick fence that walls it off from the surrounding pastures and fields.

It is flanked on either side by vast gardens showcasing a floral diversity. The full palette of color was an obvious appeal to the myriad of butterflies. It’s a pictorial postcard.

Inside the Boone Hall Mansion

Boone’s original low-country-styled farmhouse was torn down. The current home was built in 1936 by Canadian ambassador Thomas Stone, one of several who has owned the plantation.

Entering into the first floor of the 10,000-square-foot mansion, our eyes were met by an impressive, cantilevered staircase. It seemed to float in mid-air as it wound its way to the second level.

The library to the left and the formal dining to the right are both decorated with period antique furnishings. Our docent, Jerry, interspersed descriptions of the furnishings and historical details of the house with personal tales of his friendship with the McRae’s, the current owners since 1955.

From the vaulted ceilings and complementary paintings to the hand-painted China, the interior imparts an antebellum feel that compliments the ancient grounds. So much so that it briefly starred in the Hollywood tear-jerker, “The Notebook” and the Civil War drama “The North and South”.

The Slave Quarters of Boone Hall

However, I felt the real story lay beyond the boundaries of the mansion. Outside of the manicured gardens lie 9 slave cabins standing stoically alongside the Avenue of Oaks. The slave quarters date from between 1790 and 1810.

Built of discarded brick, the one-story structures are 12 feet by 30 feet. These solidly built structures are thought to have been for the skilled slaves and house servants. Field slave quarters would have been of wood, built closer to the fields and have long since disappeared.

As thunder rolled across the horizon, a soft but steady rain fell from a sunlit sky hastening us into the dark interiors. Today, these diminutive quarters that housed as many as 15 slaves each have been transformed into small individual museums.

They are now devoted to the long desperate history of its inhabitants. While we were there, a costumed reenactor regaled us with tales of their struggles. Also, the history of the Gullah culture and language. Gullah was originally adapted by African slaves and permeated the low country.

The South Carolina Plantation Grounds: Then and Now

As one of the oldest and longest continual crop-producing plantations in the United States, Boone-Hall has produced a myriad of harvests for over 3 centuries. Rice and indigo were the earliest cash crops. Followed by cotton (the dilapidated 2-story cotton gin still stands) and pecans from an enormous pecan tree orchard.

By the 19th century, however, the dense red clay and sand found on the property provided the basis for the production of bricks. From 1850 to 1860, twenty-five million bricks were produced by the labor of nearly 100 African-American slaves.

It is surmised that nearly 20% of Charleston, South Carolina’s buildings were of Boone Hall bricks. This includes St. John’s Lutheran Church, St. Stephen’s Chapel and even a portion of Fort Sumter.

As I wandered the cabins and listened to their occupant’s history I couldn’t help but wonder if I truly grasped the horrors that had been experienced. Or, if the idyllic surroundings tempered my thoughts.

Today the grounds are well known for a variety of fruits and produce. Strawberries, blueberries, tomatoes, collards and kale are produced and sold. A tractor tour, included with the entrance fee, took us throughout the plantations’ fields and orchards. Our amusing tour guide covered both the agricultural history of the plantation and the modern-day farming that still goes on today.

There is no doubt that the current bucolic setting belies the plantation’s tragic history. However, they do not shy away from it and, at least to a certain degree, address it. The beauty, the history with all that it entails and the engaging staff made for a notable visit.

Situated amongst a copse of trees, roughly 30 miles south of Boone Hall, stands an unimposing low-hung building with a wide veranda. Inside, I found myself blending unsweetened iced tea with Plantation Peach & Rockville Raspberry, both sweetened, at the tea bar located in the Charleston Tea Garden gift shop and factory.

There was also a hot tea station, but on this quite warm and humid day, the preference of the small crowd leaned heavily towards the chilled varieties of aromatic beverages.

Nearby, Kathy enlightened herself about the myriad of products made with tea leaves, from the ubiquitous tea bags, to hand lotions and hard candy.

Admittedly, up until this particular day, I had never given much thought as to whether or not tea was grown in the United States. Turns out, it’s very little. Nearly 75% of tea is grown in China, India, Kenya and Sri Lanka.

The United States doesn’t even receive an honorable mention as a tea producer. Although in recent decades small tea growers have established themselves throughout the country, we’re speaking of small plot operations.

Called Charleston Tea Plantation for several decades before it was decided that “plantation” imparted a dubious history, is perhaps the largest and most historic American tea farm. Though certainly there are not many. Not nearly as ancient as Boone Hall, it has an almost counter-culture past.

This 127-acre South Carolina plantation was founded on plants grown by Dr. Charles Shepard in 1888 for his farm. After his death, the plants fell into disrepair. They were later rediscovered and transplanted to their current location. In 1963 they became part of a Lipton research facility.

Charleston Tea Garden is on Wadmalaw Island, one of a chain of tidal and barrier islands in the Low Country of South Carolina. It is approximately a 45-minute drive from Charleston.

The drive takes you through quiet, sparsely populated fields and forests including the Angel Oak. The old and craggy, haphazard limbs support a canopy that provides more than 17,000 square feet of shade. It is one of the oldest and largest Southern Live Oaks on the eastern seaboard.

A Lesson in Tea Production on South Carolina Plantations

Clutching an iced refill (this time I tried the Mint), we boarded a bright red trolley for a visit of the surroundings. The tour takes you through the gleaming dark green fields filled with more than 300,000 Camellia sinensis (the technical name for tea bushes).

It turns out that tea is part of the evergreen family. Our guide described the process of growing tea. It propagates best in areas with high heat, high humidity, and acidic soil making Wadmalaw Island ideal. The tea bushes are planted in rows, and as they mature, the plants merge into dense hedgerows.

Only the newest, brightest green leaves are harvested to make tea. Charleston Tea uses a specially designed machine to do this. The large green, ungainly contraption essentially shears off the desired leaves from the top like a haircut. 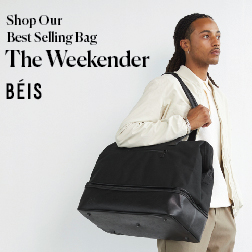 Tea is harvested every 15-18 days. It is far less labor-intensive than hand-picking wherein a single person can only pick a pound or two of tea in a day.

After the trolley tour, our next stop was the factory. This is where the harvested tea leaves are processed. We learned that Oolong, Black & Green tea are all processed from the same leaves through differing treatments. We ended with a new appreciation for what goes into creating one’s afternoon tea.

At the end, we stood on the veranda embracing the emerald fields lying before. Nearby was Waddy, their bronze mascot. We sipped another cup of iced Camellia Sinensis and let the Wadmalaw Island morning gently linger over us.

Both South Carolina Plantations are located near Charleston on the Atlantic seaboard. They are open to the public year-round.

Author Bio: Frank Hosek is a sometime traveler who embraces the journey and the written word.

What is High Tea? A Lesson in the Many Types of British Tea
Next Post: Please Don’t Take the Gondoliers Home – A Sustainable Sense of Purpose through Regenerative Travel