The Occitanie region in southwest France is famed for its picturesque countryside, medieval villages and endless vineyards. It’s also the heartland of black, Perigord truffles. These peculiar gastronomic delicacies are notoriously fickle to grow and cost a small fortune.

The Marquis de Sade called them “The Underground Empress”. Many believe them to be an aphrodisiac, while a “truffle mass” is held each year in the Provencal town of Richerenches.

They are mysterious, sexy and their cultivation is associated with a bucolic way of life. The underground fruit of a fungus that lives in symbiosis with trees such as oaks. Growing them is an incredibly difficult process.

It usually takes four to six years for a tree to start producing. But there’s a possibility that this will never happen. This is one of the many reasons truffle numbers have declined so dramatically and why their price continues to soar, costing around $700 per kilo.

An hour and a half north of Toulouse, deep in the heart of Occitanie, is the picturesque village of Lalbenque. On an atypically overcast morning, I meet Alain Ambialet, president of the local Truffle Farmer´s Union, truffle grower Jean-Paul Bataille and his trusty canine sidekick Elethyst.

In the past pigs were commonly used for truffle hunting. But they are slow, cumbersome and have an annoying tendency to eat whatever they find. A pre-trained dog from good stock can cost tens of thousands of dollars.

Jean-Paul gives me a wry smile as he explains that days after one of Elethyst’s offspring were sold it found more than a kilo. His wife Nadine barely contains her laughter.

The Art of Truffle Hunting: Following the Unique Scent

Off the leash, Elethyst heads straight for the earth surrounding the nearest oak tree and begins truffle hunting. Her muzzle fixed to the ground. Moving from tree to tree, giving each one a thorough investigation. She eventually signals to Jean-Paul who carefully unearths a little nugget of ´black gold´.

It looks like something from another planet, but the smell is its most distinctive feature. It’s hard to believe that such a rich aroma can emanate from something so unassuming. Elethyst is promptly rewarded with a treat and she moves on to the next spot.

Truffle hunting as a way of giving tourists a taste of a bygone age has proved to be as popular as the truffles themselves, as well as a means of keeping their heritage alive.

Like a lot of people, my prior experience had been limited to truffle oil. However, as Alain states defiantly, “these products do not contain any truffle!” As sunlight begins to peer through the pewter skies, Elythest keeps at her task, following that rich, musky scent to the prize.

Alain interrupts this pastoral scene to point out the concealed CCTV cameras installed around the orchard. It’s a reminder that, as idyllic as things appear, there is serious money at stake.

The epicenter of France´s black truffle world, the Lalbenque market is a ceremonious affair. Farmers line up on wooden benches in the middle of the town’s main street and display their truffle hunting findings in wicker baskets. Burgundy ropes separate the traders from the clientele and business is only allowed to commence following the blow of a whistle.

As the trading time approaches a tense atmosphere winds its way through the crowd. Chinese tourists jostle with gastronomes, all hoping to get their hands on some of these indulgent tubers.

It’s all over in a flash. I see 520 grams exchanged for 850 euros; two women from Paris practically dance in the street when they manage to secure some for themselves.

This week´s takings are extremely slim, with just seven kilos being sold in total. Some say this is an impact of Covid. Others that it simply hasn’t been a particularly strong season. Many point to the fact that young people aren’t interested in this way of life anymore.

Hoping to find out more I travel to the neighbouring town of Cahors. Outside a modest building with a faded sign, an intoxicating fragrance pervades the air. For over 100 years, Maison Pebeyre has produced and sourced truffles for Michelin-starred restaurants, the finest hotels and aristocracy around the world.

In a large tank sits what looks like a prop from a science fiction film. “It’s the largest truffle in the world,” remarks Pierre-Jean Pebeyre matter-of-factly. Dating from 1870, and weighing 4.7 kilograms, it’s a reminder of a time when truffles were abundant. Now, however, things don´t look so rosy. In the last hundred years, the numbers of French Perigord truffles have dwindled from over 800 tonnes per year to between 10 and 30.

Pierre-Jean, the fourth generation of the family and current head of the business explains, “It’s very special work, but it’s not a good time. My father and grandfather had a better period. A man or woman who’s doing this kind of work now is crazy.”

Despite an extensive client register, numerous books to his name including one co-authored with renowned chef Ken Hom (“he is like a brother”) and his products appearing on Oprah’s ´favorite things´ list, he believes the industry is facing serious long-term difficulties.

Pierre-Jean believes the key to improving production is through research and has spent tens of thousands of euros investigating its different aspects. Their exploration into the chemical makeup of truffle aroma in the 80s found that it contained “the chemical formula of something that is decomposing…The truffle is good in life because she is close to death.”

While this might sound poetic, it is such romanticism that Pierre-Jean believes is at least in part responsible for stymying its growth. He feels that more practical steps need to be taken to secure the future of the Perigord truffle in France, and he is understandably scathing about the powers that be.

I’d be staying the night at the Domaine de L’isle Bass. The owners, Christophe and Bart, moved here from Belgium to escape the rat race a decade ago, converting an old farmhouse and accompanying pigeon tower into beautiful guesthouses.

There are personal touches everywhere, with each of the bedrooms named after their grandmothers.

Truffles are typically eaten with something simple, such as pasta or scrambled eggs. My plate arrives with a mountain of truffle shavings. The now-familiar, potent smell is the first thing I register. 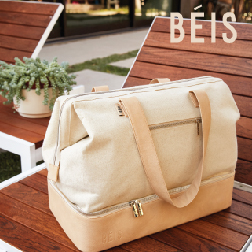 The taste is unlike anything I’ve ever eaten before: rich, slightly nutty and incredibly moreish, a call to arms for all your senses. It encourages you to bathe in its aroma then pulls you under, its flavour utterly overpowering.

I think of the effort and skill required to produce this incredible gastronomic delicacy. For the time being at least, Jean-Paul and Elethyst will continue to scour the stunning Occitanie countryside. Meanwhile, Pierre-Jean will carry on with his investigations, hoping to further unlock the mysteries of this enigmatic delight.

Lalbenque and neighbouring Cahors are roughly 70 miles north of Toulouse in the Occitanie region of southwest France. Visit: www.tourisme-occitanie.com or www.cahorsvalleedulot.com

Truffle hunting with Jean-Paul: 10 euros per person, 5 euros for under 12s. Reservations can be made at [email protected]. If you are interested in buying truffles from the famed Maison Pubeyre, visit: www.pebeyre.com

Start planning your truly unique truffle excursion to the Occitanie region of France today. Check out hotel and VRBO reservations, the best local restaurants, tips on where to visit and more on Travelocity and TripAdvisor.

Author Bio: Joey Birch is a freelance journalist and copywriter, currently based in Beziers in the South of France. Born in Manchester, England, he has traveled extensively and worked all over, from Canada to China.

Lord Howe Island, Australia: A Small Slice of Paradise for Nature Lovers
Next Post: How To Plan a Solo Trip to Cancun