As a traveler, my first instinct is always to assimilate into the culture I’m visiting as quickly as possible. I study the public transportation in hopes of navigating myself effortlessly through the city streets.

I’ll read about common customs, or greetings, and implement them wherever possible. While it is certainly a difficult task, avoiding the label of tourist is always top of mind.

Based upon this focus, I’ve found that the cultures closest to your personal experience are much easier to assimilate to. If you’ve grown up in the United States, as I did, this should be easy to appreciate. 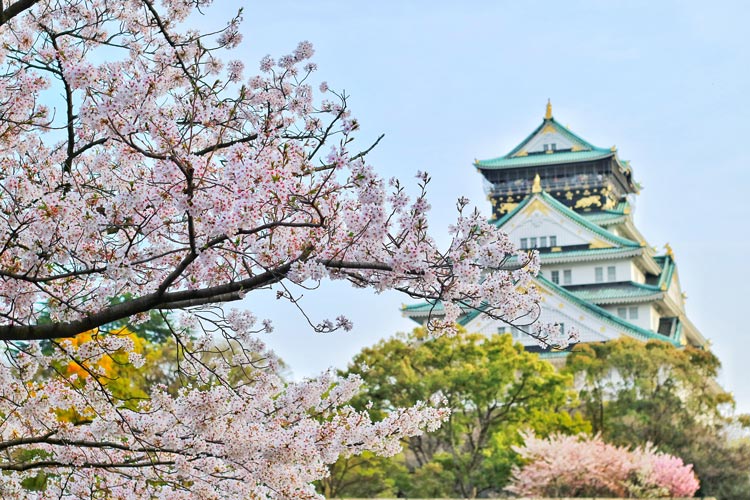 Americans commonly romanticize destinations like the Eiffel Tower, Buckingham Palace or the Roman Coliseum, and so when we visit these places there’s something that feels natural about the experience.

By learning about the destination in history classes, or seeing it in movies and television shows, you’ve really been preparing your entire life for that moment when you’re finally there in person. And while the experience is bound to be thrilling in person, it isn’t shocking or something you were totally unprepared for.

All of this is to say that when I touched down in Tokyo earlier this year, I couldn’t be sure what I had gotten myself into. My colleagues who had been, of which there weren’t many, raved about the experience I was embarking upon.

They talked mainly of the food, from street vendors to fine omakase-style dining, until they had my mouth watering. My taste for sushi, so they said, would be forever ruined upon returning stateside.

In going halfway across the world, however, I was effectively leaving any sort of cultural comfort zone. With nearly 40 million people, Tokyo is the world’s second-largest city. Living in New York City, I felt I’d be prepared for large cities. Tokyo, however, is more than four times more populous than New York  — a number that is difficult to comprehend.

When crossing streets in certain areas of Tokyo, one must be prepared for the tidal wave of people closing in, the anonymity of your being never more apparent than when walking into the ocean of strangers coming toward you.

Beyond the sheer number of people, the Japanese culture has a way of making you look differently at yourself. The individual is best suited by serving the interests of the whole, and the respect that is shown toward one another is profound.

This is apparent in ways both big and small. The streets of Tokyo are spotless — not even a stray wrapper can be seen drifting through the air.

On our first night, we take a tour through Shinjuku, the entertainment hub of the city, and our guide explains that most people simply carry their trash with them and throw it out once they get back home.

At a Tokyo Giants baseball game at the Tokyo Dome the next day, both teams have cheering sections. The fans of the team batting stand and chant in unison, throughout the half-inning. Once their team takes the field, however, they sit silently and allow the fans of the other team to begin their own chants.

On the subway, everyone lines up single file waiting for their train to arrive. Despite the cars frequently overflowing with people, no one pushes, or rushes on before allowing everyone to get off.

Tokyo Cuisine is for the More Adventurous

From a culinary perspective, the cuisine is an experience best suited for the adventurous. At Tokyo’s famed fish market there is raw squid served on a stick and prawns ground into a jelly-like substance. After a couple of unfortunate decisions, I stumble into a bakery not far from the fish market, and despite my initial intentions of fitting in, I cave and order a croissant (well, two actually).

During our second night in Tokyo, we find ourselves at Kyubey in Ginza. The neighborhood of Ginza boasts some of the city’s most upscale shopping and dining. Uniqlo’s flagship, seven-story store isn’t more than a few blocks away from the restaurant. Leaving our shoes outside, we seat ourselves on a wooden platform, the slabs of raw fish laid upon the bar in front of us, awaiting their preparation.

Three other couples are joining us on this foray into the unknown, the most notable being a mother with her son who couldn’t have been any older than 10. My gaze lingers on them in surprise for a moment while the mother orders sake, and I almost expect her to ask for a glass for her son.

Two chefs begin preparations for our first course. We have been assigned the older of the two, and I note the familiar way in which his hands handle the fish laid in front of him. His hair is cropped short, and is graying around the temples, the lines of his face revealing the seriousness in which he pursues his craft.

We sample sea urchin, which is surprisingly delicious, and several rounds of sushi which may just ruin my taste for it once I’m back home.

Just as we begin to relax, our chef procures live prawns, and severing their heads, begins to expertly remove the rest of their shell. Serving it on a layer of rice, the prawn flesh twitches in front me, and I flinch, questioning my eyes for a moment until I see it happen again. A few minutes later, the prawn heads are produced, this part of the body cooked, and I look on in awe as the boy to my right devours it, eyes and all.

While our trip begins in Tokyo, it continues in Kyoto, a relatively quick train ride west. Kyoto was once the capital city of Japan, and the city oozes of tradition. The gardens and temples of Kyoto may be on a smaller scale compared with Tokyo, but they are maintained with a level of care that is unmatched. On the streets of Kyoto, I’m mindful of my presence lest I mistakenly break some unwritten cultural rule.

On our last night in Kyoto, we find ourselves at Yakitori Torito for dinner. Yakitori restaurants are common throughout Japan, offering grilled chicken on skewers. Yakitori Torito is dark, and tiny. Behind us, a group of tourists chatter noisily.

To our left, a couple of Japanese businessmen linger over their food, smoke wafting from their lit cigarettes and congregating on the ceiling. Seated at the bar, the grill is in front of us, the coals emitting a heat that fills the space. The Japanese beer we drink is light and flavorful quenching our thirst between courses.

We start simply with chicken breast and leg. But by the second, third and forth orders of skewered chicken, we’ve grown more adventurous. Chicken liver, heart and wing tips now lay in front of us in wait.

And so, here we sit, halfway across the world from anywhere known, or familiar. The trip has been more exhilarating and challenging, more thrilling and taxing than any I’ve been on before.

But in this tiny Yakitori, somewhere in the heart of Kyoto, I sense that we’ve found some middle ground. The beer here may have an unfamiliar name, but it is just as refreshing as anyone could hope to have back home. The cuts of grilled chicken may be more exotic than we’re accustomed, but the seasoning rivaled any I’d previously enjoyed.

I look down at my watch and note how quickly the evening had turned into night. Around us, diners lean forward in their chairs, sharing conversation and passing food around their respective tables. There’s Japanese spoken, of course, but here and there I overhear some English, and then a third language I’m unfamiliar with.

The mood is relaxed and comfortable, no one in a hurry to be anywhere else. The cigarette smoke is hazy, so that the corners of the room, nearly hidden from view, are mysterious.

Common Bonds in a Kyoto Yakitori

As the minutes pass by, I begin to ponder the common bonds that link us all. The Japanese culture is vastly different from any I’d previously experienced, and up until this point in our trip, I’d felt uneasy as I navigated such a foreign landscape. But here at this Yakitori, I’m reminded that as a people we have much more in common than not.

For when the work is done, and it is time to relax, we’re all likely to find comfort in companionship, good food and drink and a relaxing place to rest. As I finish the last of my beer, I couldn’t help but smile at the fact that tonight I’d found all three.

Looking around, it is clear that everyone else had as well, and suddenly, I was no longer so far from home.

Author Bio: Ryan McCormick is a Consultant, and aspiring writer, currently living in New York City. In traveling, both for work and pleasure, he has developed a passion for exploration and cultivating new experiences. In his writing, he tends to focus on an interaction, or observation, and how it can have a lasting impact on one’s outlook on life

Presidential Pursuits: Travel Like the Commanders in Chief
Next Post: Nevis Island: An Island Alexander Hamilton Would be Proud of…