Editor’s Note: We’re all dreaming of travel ahead. Here’s some inspiration for future adventures. We share places, products and activities we recommend. If you make a purchase using a link on our site, we may earn a commission..

Guadalajara is the capital of the Mexican state of Jalisco, home to sunny Puerto Vallarta and ex-pat friendly Lake Chapala.

Unlike its neighbors, Guadalajara doesn’t feel like a tourism destination, however, it’s a busy business hub where everyone celebrates iconic Mexican traditions.

The exuberant mariachi music essential to all festive occasions originated in Guadalajara, as did the swirling, stomping moves of the famed Mexican hat dance. The national elixir comes from the nearby town of Tequila, a UNESCO World Heritage Site.

A visit to Guadalajara is a visit to the capital of Mexican culture.

I arrived in Guadalajara (pre-COVID) on a Saturday night during the International Mariachi Festival, and immediately headed to the neoclassic Teatro Degollado for the Mariachi Gala.

The music made familiar at Mexican restaurants around the world began as working-class entertainment, with humbly dressed, roving musicians playing for money.

As mariachi gained in popularity, an elaborate style evolved. A mariachi uniform can run into many thousands of dollars for the short bolero jackets, long ruffled skirts and enormous sombreros covered with elaborate gilt embroidery.

At the Gala, famed musicians from Mexico and the U.S. performed with the Jalisco Philharmonic Orchestra filling the ornate theater with beloved favorites that kept me humming along.

Find expert guides and unique tours around Guadalajara here. These trusted tours have top-ratings and reviews so you can know exactly what you are booking and can cancel up to 24-hours before the event.

Sunday morning I found a prime spot for the International Mariachi parade. More than 40 bands from 25 countries were in Guadalajara for the festival. They marched along Avenida Chapultepec proudly waving flags from France, Australia, Japan and Peru.

Female mariachis, slowly gaining prominence in the profession, marched alongside their male peers, and ages ranged from the 20s into the 80s. Some were too busy smiling, waving and taking selfies to play their instruments, but there was plenty of music in the air.

As trumpets blared and the volume picked up, ballet folklórico dance troupes joined the parade while celebrating their recent feat.

They currently hold nearly a dozen records, including the largest number of people twirling lassos at the same time and the largest tequila tasting.

Learn about Tequila at Casa Sauza in Jalisco

Soldierly rows of spiky blue agave corralled our little group on the rust-red dirt in the countryside during a tour of Casa Sauza in Tequila.

We traveled through the rural town to an agave farm where a jimador in leg protectors wielded a sharp hoe.

He cut away the agave’s thick, spiky cactus pads to reach the juicy piña at the center of the enormous plant, which would be roasted at the Sauza tequila distillery and bottling plant where we learned about the aging process while sampling Tres Generaciones, a personal favorite.

I’ve experienced several tastings, but there was something special about sipping fine tequila at its origins. The Sauza family began bottling tequila in this region in 1873 and was the first brand to export the liquor to the United States.

Book a tour here around the tequila farms and distillery with GetYourGuide. With their flexible cancellation policy you can make your travel plans today stress-free of any changes.

Their modern plant sits right in the small town, across the street from a handsome hacienda where we lunched on chamorro (pork shank in a red sauce) and chilled tequila cocktails. A bottle of Tres Generaciones accompanied me home.

I devoted one morning to architect Luis Barragán, who set the tone for contemporary coastal and urban Mexican architecture in the 20th Century. Barragán was born in a rural village near Guadalajara in 1902 and educated in the city, where a few of his early works are open to the public.

Architect Jorge Curiel Flores took me around town to a few of the master’s creations. We started with Casa Cristo, built in 1929 and now operated by the Jalisco College of Architects. At Casa Cristo, Barragán’s bold modern focus on angles, planes and shifting light was evident in the glowing ochre walls, archways framing multiple gardens and indoor niches and rooms.

Find more architectural and pyramid tours and trips to Tlaquepaque here with GetYourGuide.

Lines and shadows held my attention at the golden-hued Casa ITESO Clavigero, constructed in 1929 and now operated by the city’s Jesuit university. Forest-green glazed tiles edged roofs and the simple, still square fountain within the villa’s multiple gardens and terraces.

The house is such a perfect example of Guadalajara’s Tapatia architecture it was declared a National Monument in 2006.

A pilgrimage to the murals of José Clemente Orozco was also imperative. A contemporary of Diego Rivera and the other artists of the Mexican mural movement, Orozcó had a pessimistic view of the revolution and subsequent government.

His palette was gray, offset by strong bursts of orange and red. His impressive Guadalajara murals are conveniently located in the historic district, enabling a visit to the 16th-century cathedral, the lovely Art Nouveau kiosko (bandstand) in the Plaza de Armas and the Mercado San Juan de Dios, the largest indoor market in the Americas.

At the Spanish-Moorish Palacio de Gobierno, I studied Orozco’s grim depiction of the Mexican Revolution rising above the steep marble stairway. In Father Hidalgo, he portrays the father of Mexican independence, who encouraged indigenous people to revolt against their oppressors, as a fierce figure surrounded by fire.

At the Instituto Cultural Cabañas, an early 19th-century orphanage, the muralist covered the long nave’s walls, ceiling and domes with his interpretation of indigenous and European interactions filled with anguish.

The frescoes are so overwhelming in size and drama the institute is sometimes called the “Sistine Chapel of the Americas.”

Find information about Guadalajara at https://visitguadalajara.com/.

If you are looking for a more private stay in Guadalajara, check out VRBO. This booking site lets you stay in unique homes, apartments in the heart of the city and luxury villas for reasonable prices. Book your dream stay in Mexico here.

You’ll also find stellar accommodations for all budgets in the city, from artful rooms in restored mansions to über-chic boutique hotels to reliable brand names with pools, business amenities and bountiful club lounges.

Suggestions include the urban hacienda-style Villa Ganz, a restored 20th-century mansion loaded with antiques, art and welcoming spaces; sophisticated Hotel Demetria, a favorite of director Guillermo del Toro in the fashionable Colonia Lafayette; and the Presidente Intercontinental Guadalajara, a super comfortable, accommodating member of one of my favorite Mexican hotel chains with excellent restaurants, a rooftop lap pool and fitness center and lavish spreads in the club lounge.

Group Tour Experts: Good News About Going with a Group
Next Post: Top 20 Things to See and Do in Paris 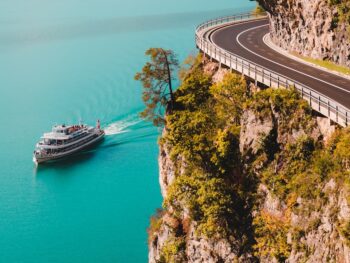