Editor’s Note: Travel is complicated right now. Please check local regulations and location openings before you go. We share places, products and activities we recommend. If you make a purchase using a link on our site, we may earn a commission.

A red blur peeked above the horizon as we approached the Dry Tortugas archipelago, a tiny smattering of islands 70 miles off Key West at the mouth of the Gulf of Mexico.

The castle towers and cannon holes of Fort Jefferson seemed an ominous welcome. This massive brick hexagon and 1800s military outpost once housed 2000 American soldiers guarding the southern United States against pirates and intruders. But today the lonely relic stands in stark contrast to the Caribbean-blue water.

Find a Flight Fast! Book Early Cyber Monday Deals! Take advantage of our Cyber Monday deals and book in advance. Enter promo code EARLYCM25 for up to $25 off our fees!

One of the least-visited U.S. national parks, the Dry Tortugas are in fact “dry” because there is no fresh water on the islands – a distinction noted on nautical maps to deter thirsty sailors from making the run.  They became “las tortugas” after Ponce De Leon paid a visit in 1513, witnessing (and killing) hundreds of sea turtles.

It may be a bit off the beaten path from the standard pink and turquoise Florida getaway, but for those willing to go the extra mile, a national treasure lies in wait.

Getting to the Dry Tortugas

I met my best friend at the Miami International Airport and we headed south on U.S. 1 like Thelma and Louise, whizzing past the tacky gift shops and art deco hotels and picking up supplies for our great escape. As we detached ourselves from the mainland and crossed the long, arching bridges that connect the Florida Keys, anticipation grew like the hot subtropical air.

We loaded our supplies onto the Yankee Freedom III, the National Park Service (NPS) high-speed catamaran that delivers 250 people each day to Garden Key, the second largest of the seven islands. Day-trippers have about four hours to explore, and the crew provides a breakfast and lunch buffet as well as snorkel equipment for all visitors.

“People are blown away by what they find out here,” the captain told us.

After making landfall, you look around and realize four hours will never be enough time. Thankfully there are 10 camping permits available from the NPS on a first come/first served basis for a maximum of three nights. We were lucky enough to snag one, and scrambled to find a good spot before the Boy Scout group beat us to it.

Be sure to pack some camping essentials like the Vont ‘Spark’ LED Headlamp Flashlight or the WELLAX UltraThick FlexFoam Sleeping Pad to make your outdoor experience as comfortable as possible.

We selected one of the few shaded sites on the island, and while there are no bugs or mosquitoes insight (one of the benefits of having no freshwater) you should be prepared to share your campsite with hermit crabs. Not to worry – they’re almost friendly and you soon get used to the clicking sound they make scuffling around the base of the Buttonwood trees.

Exploring Fort Jefferson is the first order of business. We crossed a bridge over the moat hoping to catch a glimpse of the resident saltwater crocodile we’d heard about or a wayward sea turtle. The majestic fort occupies 47-acres with a central grass area surrounded by the largest masonry structure in the Americas. There are hidden rooms and artifacts throughout the site, including the jail cell of Dr. Samuel Mudd, the physician who patched up John Wilkes Booth after he assassinated President Abraham Lincoln.

Once inside the stone and wood gate you’ll find winding staircases, ruins of soldier barracks and archways that navigate endless hallways – all ghostly remnants of the once bustling fort.

When the Yankee Freedom ferry pulls away from the dock around 3 p.m., the true mystique of the Dry Tortugas is revealed. The sun goes down and one-by-one the sky illuminates a nightscape that attracts stargazers from around the world.

I admit I wimped out when some fellow campers set out for a night snorkel. Maybe it was the sizable shark we’d seen earlier that day from a high wall inside the fort (telling them about it might have spoiled their fun).

The shadow of Fort Jefferson stood watch over our tents throughout the evening and the gentle sound of water lapping against the brick walls lulled us to sleep.

We packed the kayak for the three-mile paddle across the southwest channel to Loggerhead Key (the largest of the islands). A tandem kayak made the choppy crossing easier and we worked efficiently to get there without a problem, save the shudder at a few nurse sharks cruising in the deeper sections.

We pulled the kayak onto the beach and followed a path to the lighthouse where we met two young women monitoring sea turtle nests as interns for the Student Conservation Association. They led us across the narrow island to the calm, north side and pointed out “Little Africa” a patch of coral with great snorkeling right off the beach. 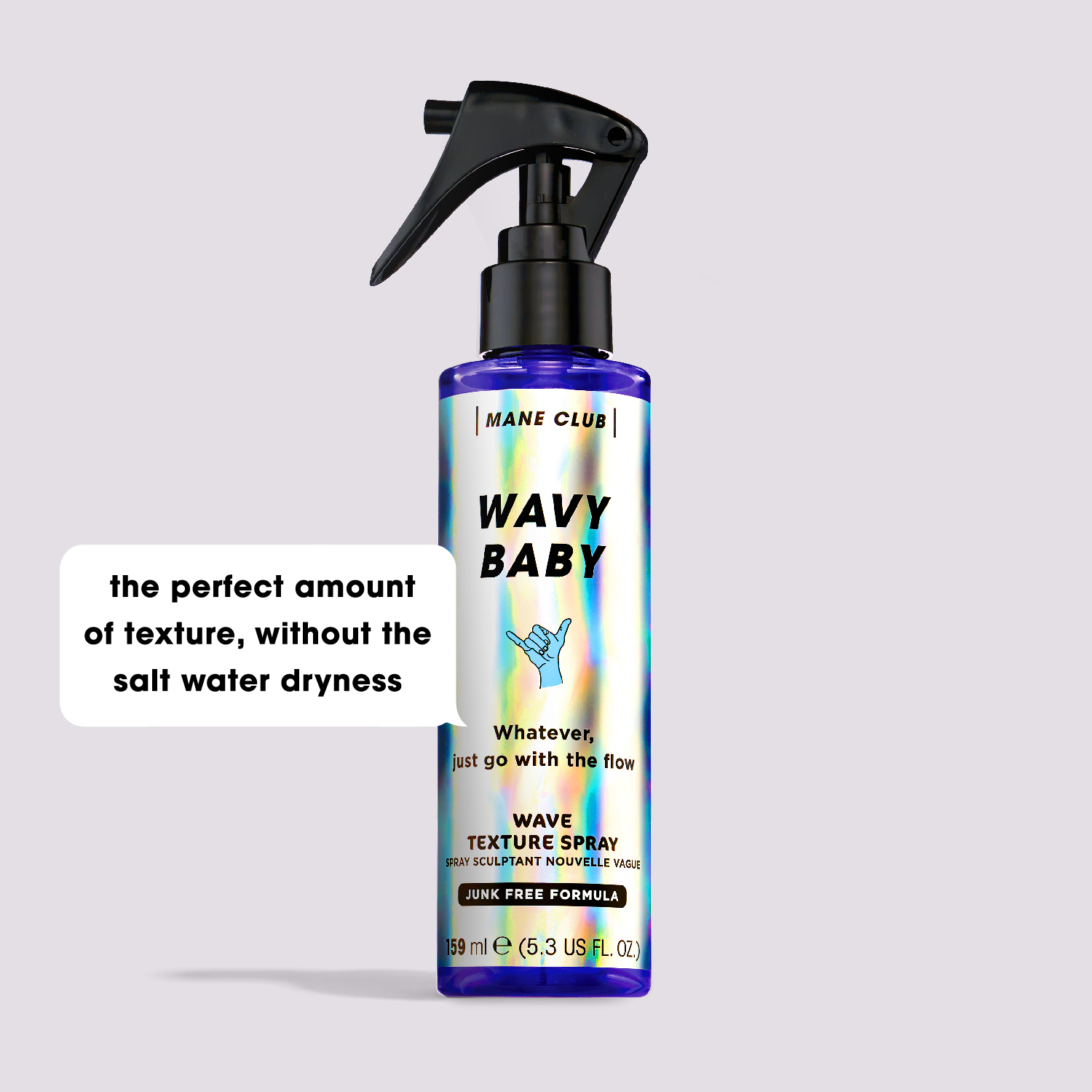 The Magic… and Tragedy Below

The Dry Tortugas is the crown jewel at the far tip of the Great Florida Reef, the third largest barrier reef in the world. It is a Mecca for scuba divers, fishermen and scientists who return each year to study the ecological diversity. Some sites, like the Windjammer wreck, are marked with white buoys where you can tie up your kayak or boat and explore below the surface.

While the islands remain a biological hot spot, sections of the reef have lost 50 percent of their living coral in the last two decades. Elevated water temperatures, more intense hurricanes and increased acidity from pollution all play a role in the often irreversible damage.

Garden Key is connected by a spit of sand to Bush Key, a protected rookery where you will find an ornithological heaven from March through September during nesting season. There are 299 species that pass through the area, part of the Great Florida Birding Trail, including Sooty and Brown Noddy Terns and Magnificent Frigatebirds. You can quietly explore by kayak but be careful not to get too close – the birds will send out a squadron and dive-bomb your boat to protect their nests.

The Dry Tortugas islands are only about 100 miles north of Cuba, and because of its remote location, many refugees venture to make landfall here instead of a riskier trip to the Florida Keys or mainland.

Two boats of Cubans made landfall the night before we arrived. And during our short visit, another boat of 19 people landed on Loggerhead Key just as we arrived by kayak. They had packed into a tiny, barely seaworthy vessel called a “chug” with only plastic containers of water and bags with a few possessions. They were soon whisked away by the Coast Guard to the Customs and Border Patrol where their long journey to assimilate into the United States would continue.

Perhaps they had the real Dry Tortugas adventure.

Our final morning was spent snorkeling around the giant exterior wall of Fort Jefferson and between the old pilings where a large dock once stood. There is no shortage of sea life to behold, including schools of barracuda, parrotfish, tarpon, grouper and thousands of tropical fish.

I felt a pang of regret as we packed our gear and boarded the Yankee Freedom for the return trip to Key West. A fresh-water shower and cold beer (from the ferry’s open bar) cushioned the blow of leaving. The NPS ranger waved goodbye as we pulled away from the dock and I watched the surreal architecture of Fort Jefferson disappear into the calm water.

Until we meet again.

Other nearby tours and attractions – GetYourGuide

Author’s Bio: Mish Fetting is a Pittsburgh-based writer and nonprofit consultant working to advance clean energy, sustainable communities and environmental protection. She caught the travel bug on her backpacking trip through Europe in 1989 as the Berlin Wall was coming down.

Holiday Travel Gift Guide For Kids: Little Ones to Tweens
Next Post: Christmas in Colorado