Over the past several years, I’ve been on a mission to visit all 63 of America’s National Parks. The majority are easily accessible. However, there are several that require a little extra effort, like the Channel Islands.

Where are the Channel Islands?

Touted as the “Galapagos of the North,” Channel Islands National Park is situated in the Pacific Ocean, just off the Ventura Coast in California.

They are comprised of five islands – Anacapa, Santa Barbara, Santa Cruz, San Miguel and Santa Rosa – and the waters within one nautical mile of each island. The Channel Islands is regarded as one of the wildest National Parks and is accessible only by boat.

The islands were created by tectonic forces, which caused them to rise up out of the ocean some five million years ago. They have always been separated from the mainland and it’s this isolation that’s primarily responsible for their rich biodiversity.

Everything from teeny-tiny plankton to blue whales calls this special place home and the isolation allowed evolution to advance on its own.

It fostered the development of 145 endemic species of plants and animals that are found nowhere else in the world. Thus, the Galapagos similarity.

History of Human Presence in the Channel Islands

As for humans on the islands, you’ll have to go back thousands of years. The  13,000-year-old remains of a human leg bone was found on Santa Rosa.

The Chumash were the first settlers to the area. Many Chumash sites are still in existence on the islands. Spanish explorers began arriving in 1542, with Juan Rodriguez Cabrillo assuming bragging rights for his discovery of the islands. The explorers were followed by fur traders, who hunted sea otters, seals and sea lions to near extinction.

Then came the missionaries and ranchers, who were attracted to the region’s temperate climate and numerous natural resources.

Meanwhile, the majority of Chumash died after they were exposed to diseases brought by the explorers. The surviving members were relocated to the mainland to live and work in the missions.

In the 1900s, the military set up lookouts and practiced bombing raids on several of the islands. These activities, combined with those of the fur traders and ranchers, took their toll on island ecology, with devasting consequences.

Thankfully, such commercial and military pursuits have since ceased. Gradually, with the efforts of the National Park Service, the islands are regaining some of their natural diversity.

Unique Characteristics of the Channel Islands in California

Each of the islands is unique. At 644 acres, Santa Barbara is the smallest of the five. Its rocky shores give way to a grassy mesa flanked by twin peaks.

Anacapa comes in second with 737 acres. It is known for its bevy of seabirds, middens, tidepools, arches and sea caves. The largest brown pelican rookery in the country is found here.

San Miguel, with nearly 9,500 acres, is the westernmost island. It gets the most severe weather from the open ocean. Its submerged rocks make the coastline treacherous and a nightmare for mariners. There are several Chumash sites here, along with the Cabrillo Monument, in honor of Spanish explorer Juan Rodriguez Cabrillo.

The fourth-largest island is Santa Rosa at 53,000 acres. Rolling hills, deep canyons, a coastal lagoon, beaches with sand dunes and Torrey pines are some of its noted geological features.

Santa Cruz is the largest of the islands and the most visited. It’s also home to the tallest peak on the islands. With almost 62,000 acres and 22 miles long, it’s about four times the size of Manhattan. A central valley divides the island along the fault.

The preservation and care of Santa Cruz is split between the NPS. They oversee the easternmost half of the island, and the Nature Conservancy, which owns and manages the other side. The boundary between the two is marked by a fence.

Take the Island Packers Boat to Access the Channel Islands

As mentioned earlier, the islands are only accessible by boat. You’ll need to book a reservation with Island Packers.

This is the company authorized to provide transportation for day-trippers and campers to the Channel Islands in California. Boats run on a year-round or seasonal basis, depending on the particular island, and depart from Ventura Harbor.

Before boarding the boat, make sure to check out the Channel Islands National Park Visitor Center, It is just down the way from the Island Packers’ boat dock.

There’s a good film, exhibits about the natural and cultural features of the island. In addition there’s an indoor marine life display and a native plant garden. Plus, the rangers on duty are a font of knowledge and can tell you how to make the most of your time on the islands.

I had a wondrous day exploring Santa Cruz on my recent trip to Channel Islands National Park. The ride to the island takes about an hour, and along the way, we spotted sea lions chilling around a buoy. They barked a welcoming greeting as we passed by.

Spying massive Santa Cruz in the distance, standing formidable and resolute, was a thrill. As we got closer, the excitement among the passengers was palpable.

After docking at Scorpion Beach, we were greeted by an NPS ranger, who gave us a brief introduction to the island and pointed out the historic Scorpion Ranch complex nearby. The ranch dates to the late 1800s.

Exhibit areas include an orientation kiosk with a topographical relief map and information panels. Also, an array of old farm implements, a blacksmith shop and a visitor center.

The historic blacksmith shop contains tools of the trade and stories of island ranching. Plus there is information about some of the over-100-year-old ranch buildings still found in the Scorpion Valley.

Signs detail the massive flooding that occurred in 1998, when twelve inches of rain fell, sending over one billion gallons of water down the valley.

This torrent destroyed the campground and caused damage to trails and structures in the ranch. This necessitated extensive preservation work. 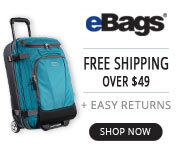 The visitor center, which is in the historic ranch house, has exhibits on the Chumash, island isolation and the marine environment.

Audio and video focus on the turbulent geologic history of the Channel Islands and the seafaring lifestyle. You will hear first-person accounts of island ranching and see footage of historic sheep shearing practices.

Within what was the ranch kitchen is an original stove and cabinets. These are filled with artifacts, photos and other items donated by former Santa Cruz Island landowner John Gherini. You’ll learn about Gherini’s experiences while working at the ranch, building fences, herding sheep and more.

The bakery next door interprets the finely crafted masonry bake oven used to make bread – a staple of the Italian and French immigrants who worked on the island.

Displays describe how the bakery now serves as an important habitat for the endangered Townsends big-eared bat.

Hiking in the Channel Islands

Hiking is the only way to get a real feel for the island and you’ll have your pick of several trail options. My husband and I chose to hike to the Potato Harbor overlook, then return along the Bluffs Trail to Cavern Point. This was a five-mile trek.

Along the way, ginormous yellow wildflowers evoked a scene from something out of a Dr. Seuss book. While shadowy canyons emitted a mystical vibe.

The Cutest Little Fox Ever

We kept our eyes peeled for the island fox, as this creature is endemic to the islands. Interestingly, it’s the largest native mammal on the Channel Islands. But at twelve inches in height and weighing only three to four pounds, it’s one of the smallest of its species in the world.

This fox almost disappeared from the islands due to predation from non-native golden eagles and was listed as federally endangered. A successful recovery effort has now delisted it. Though we didn’t see any of these miniature cuties on our hike, a pair of them was waiting for us back at the ranch area.

The hike offered drool-worthy coastal vistas, which provided an opportunity to view the marine environment from above. We spotted birds nesting on guano-covered rocks and several picturesque caves and coves. If you go kayaking, another activity on the island, you can paddle inside them for a closer look.

We also observed kelp forests in the water. Kelp is a type of algae and is known as one of the fastest-growing plants on earth. It can grow up to two feet per day, and provides food, shelter and protection for hundreds of different species.

But kelp is something humans depend on, too. If you eat ice cream and salad dressing or use toothpaste, you are using a little bit of kelp’s natural ingredient called algin.

Algin is a stabilizing, gel-producing and film-forming additive, found in more than seventy commercial products—news to me.

At Cavern Point, the drop-off was dramatic. Pounding waves crashed into mist far below, and the views along the untouched coast gave me a glimpse of what California’s landscape used to be. I basked in the elemental beauty.

Start planning your coastal getaway to the Channel Islands today. Get prepared with insider knowledge on how to get around, the best small shops, hotel and VRBO accommodations, local restaurant reviews and more through TripAdvisor and Travelocity.

Find the ultimate travel bags, stylish accessories and durable luggage at eBags. Check out the selection and find your perfect travel companion here.

What You Should Know Before You Visit Scotland
Next Post: Top 10 Things to Do in Prague