We all have been inspired by NASA’s space expeditions at some point in our lives, but not all of us are lucky enough to see some of the technology that made those expeditions possible.

When you visit the Kennedy Space Center in Merritt Island, FL you’ll have the opportunity to get up close and personal with the objects that inspired you as a child and still inspire millions today.

Learn About the Hubble Space Telescope

The Hubble Space Telescope is the most famous and successful science space mission of the modern era. The telescope was deployed in 1990, however one of the mirrors did not work at the time.

It was repaired over subsequent missions. Since then, the telescope has captured spectacular images of the universe. The images speak for themselves.

The Hubble telescope’s successor, the James Webb Space Telescope, will be deployed in the coming years and will help us peer even further into the universe.

See the Technology Used in the Apollo Missions

Some of the most unforgettable stories about NASA come from its human spaceflight programs. Stories like that of Neil Armstrong, who became the first man to step foot on the Moon, and John Glenn, the first American to orbit Earth.

Throughout your trip at the Kennedy Space Center, you’ll learn the history of the space program from the pioneering Apollo missions, which took man to the moon for the first time.

Make sure to take a trip to the historic Apollo/Saturn V Center, where you can see the Saturn V rocket, the likes of which carried Neil Armstrong, Buzz Aldrin and Michael Collins to the moon.

You can also take a virtual tour of the Apollo 11 command module.

The shuttle fleet was retired in 2011, but not before they made numerous flights and launched many astronauts to explore the universe.

The shuttle Atlantis is on full display as astronauts would have seen it in space. Walk through the history of NASA’s 30-year shuttle program.

Experience a Launch Simulation and Visit the Rocket Garden

Step onto the launch pad and feel the rumble of a Saturn V rocket as it blasts off into space. You’ll get a firsthand look at the size and power of this historic rocket and the journey of NASA’s early space efforts.

The launch simulation is highly recommended, even touted by astronauts as being the next best alternative outside of the real thing. Space is inspiring in many ways – the power, the vastness, the mystery. But for some people, it inspires more than that. It inspires awe.

That’s the feeling you’ll get when you visit the rocket garden, a place that celebrates the power of space exploration and the people who made it possible.

See What the Future of Space Exploration Looks Like

At the Kennedy Space Center you’ll be shown the exciting future of the space program including the use and design of the Mars Rovers.

You can even experience what it is like to be an astronaut on the international space station (ISS). You can also get up close and personal with 3D films in the IMAX theater. 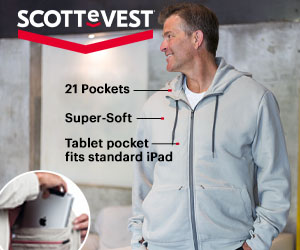 If you think that NASA’s achievements are beyond your imagination, you should see them for yourself at the Kennedy Space Center. You might be inspired to look at problems in new ways, even if it means raising the bar in engineering and math.

Regardless of whether you have a romantic fascination with the space program, the science, the engineering or the politics that went into the space exploration, if you are curious about the state of the American space program today, we highly recommend visiting the Kennedy Space Center.

Ready to explore exciting space discoveries and future missions at the Kennedy Space Center in Florida? Start preparing for your trip with hotel and VRBO reservations, local restaurant reviews and other extraordinary sights to visit on TripAdvisor and Travelocity.

When you’re ready to plan your dates, you can check out exclusive flight deals and ground transportation bundles on CheapOair. Be sure to get some travel insurance for your trip with TravelGuard so whether your flight gets canceled or a bag gets lost, you will be protected.

Author Bio: Sandy Page is a life-long adventurer. In her free time, she reads and consumes copious amounts of hot beverages.

5 Great Day Trips from Palm Springs
Next Post: A Tale of Ronda, Spain: She Will Insist on Your Return