Whenever traveling abroad, strangers I meet always ask where I’m from.

“Toyama, Japan,” I tell them. But they never know where that is. When I ask them what cities they know in Japan, they almost always say Tokyo, Kyoto and Osaka. Then I ask if they know Hiroshima. Nine out of 10 times, they know where I’m talking about.

Why is Hiroshima so well known by people across the globe? Hiroshima is the home town of Japan’s professional baseball and football teams. The automaker Mazda started its business and is still headquartered in Hiroshima. But this is not why people know the city. It’s because Hiroshima faced a momentous incident in world history.

For the first time in history, an atomic bomb was dropped on Hiroshima on Aug. 6, 1945, eventually bringing an end to WWII. It destroyed the city of 350,000, except for one building that still stands today. That relic was designated a World Heritage Site in 1996 by UNESCO. More than 1.5 million international travelers pay a visit every year to both the relic and memorial museum in the same park.

The museum displays artifacts and shares stories from bomb victims, shows pictures of the destruction of the city and casualties, and has other documents of the atomic holocaust. Many of the exhibits and objects are shocking to see.

The World Heritage Site near the museum, called Atomic Bomb Dome, also conveys the horror of the atomic bomb. The building, originally the Hiroshima Prefectural Industrial Promotional Hall, was constructed by a Czech architect in 1914 and stands three stories tall with a dome on top. The site sits 525 feet (160 meters) southeast of the center of the atomic explosion.

About 30 people inside the building at the moment the bomb hit died in an instant, and the air burst knocked bricks and stone walls from the building.

The relic was in the process of being demolished in the 1960s when reconstruction of the city had dramatically advanced, but city council members at the time adopted permanent preservation in 1966. Some 30 years later, the relic was designated a World Heritage Site. 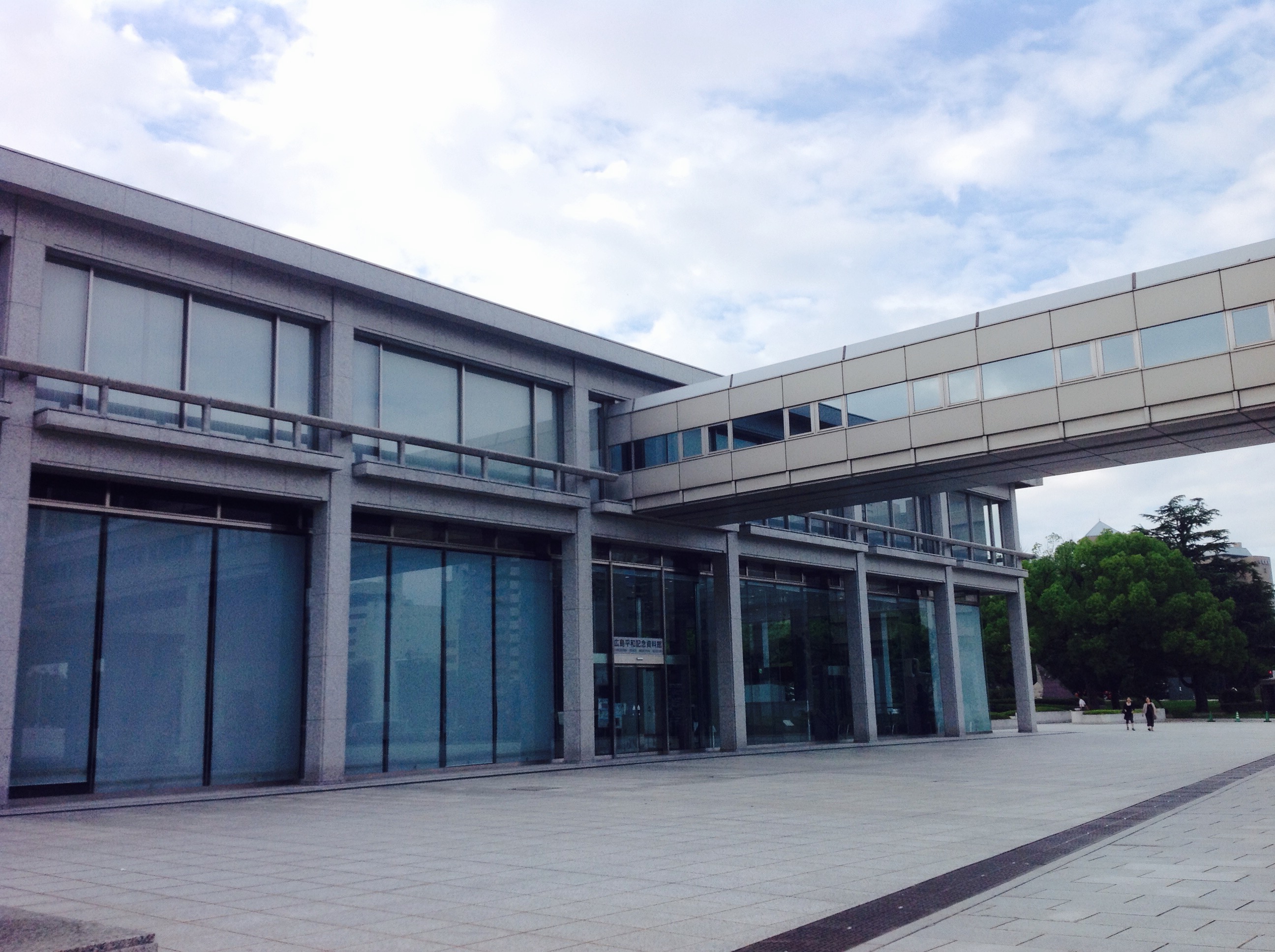 The number of atomic bomb survivors has been decreasing because more than 70 years have passed since the momentous incident in 1945, but remaining survivors have proactively tried to convey their experience to younger generations. They have shown their keloid scars and often will let you touch them.

English-speaking survivors exist, and you can arrange your travel schedule to get a meeting with a speaker through Hiroshima Peace Memorial Museum.

If the atomic bomb experience talk seems a little heavy burden, you can apply for a volunteer guide strolling around the Hiroshima Peace Memorial Park, including the Atomic Bomb Dome. Hiroshima Interpreters for Peace (HIP) sends an English-speaking volunteer guide at almost no fee. You can receive English guidance of the park and the relic; the museum itself has displays in English.

Fill out a form on the Hiroshima Peace Memorial Park website to easily book a volunteer guide. Doing so will ensure you have a guide on the day you’ll be visiting.

If You Go to Hiroshima

Japan consists of four main islands. The largest, called Honshu, has most of the major Japanese cities such as Tokyo, Kyoto, Osaka and Hiroshima. As these cities are on the same island, you may think they are close, but Hiroshima is near the western edge of Honshu, about 500 miles (800km) west of Tokyo.

A 16-minute tram ride from Hiroshima Station will take you to the nearest station to the park,  Genbaku Dome-mae Station. The park is open 24 hours a day and you can visit the dome anytime you want.

The museum is typically open from 8:30 a.m. to 6 p.m. daily. It is closed Dec. 30 and 31. Check its website for the most up-to-date information. The entrance fee to the museum is 200 yen (about US$1.50). The museum gets crowded with travelers from the end of July to November. If possible, avoid the peak months.

Masayoshi Sakamoto（坂本正敬）is a Japanese writer and translator based in Toyama, Japan. He writes news and columns for a number of publications and web magazines. He’s also preparing to be editor in chief of a new local magazine, HokuRoku.

Girl Really Meets Salvador – Cave Paintings Part 2
Next Post: What It’s Like for Travelers to be in Hong Kong During a Time of Protests