Rome is filled with luxury hotels and many claim to offer beautiful views of the Eternal City. But if you seek a postcard view of Rome’s greatest monument right from your bed, there’s only one choice. The beautiful Palazzo Manfredi, a part of the Relais & Chateaux collection of luxury hotels, sits right in front of the Colosseum. The only thing separating you from the incredible ancient structure is another ancient structure, the ruins of Ludus Magnus, the gladiator training school.

The Hotel
The Palazzo Manfredi offers much more than beautiful views. The contemporary, yet classic style works well in Rome. There’s a small lobby with a stylish library off to one side. Service is personal and omnipresent, yet not overwhelming. Aside from the Rome property, Manfredi Hotels also has an equally spectacular luxury hotel on the Italian island of Capri.

My Room
I found myself in Room 43, the highlight of which was a bed that faced the Colosseum. Yes, I could lay in the bed and gaze out the window at the arena. It was amazing to see it at all times of the day and night, the monument probably most beautiful in the moonlight and in the early glow of sunrise. One wall was a large closet and storage area, with a curtain that could be drawn to close it off. The style and design was very Italian and very modern, yet filled with homey touches like flowers, books and small objets d’art.

The huge, spa-like bathroom lacked a bathtub, but made up for it with an enormous shower room, complete with its own window on the Colosseum. Yes, you can stand there in the shower and admire Rome’s greatest monument. For comfort, there’s a huge window seat formed out of the concrete and for privacy, the shower window has blinds which can be pulled down. Acqua di Parma amenities added to the luxury experience.

One minor complaint, as a traveler who sometimes has to get some work done during my adventures, I was disappointed by the lack of a writing or work desk. I was able to set myself up at the small table by the window, which had two chairs, but a proper desk would have been helpful.

The Food
If all that style and luxury and those views weren’t enough, the Palazzo Manfredi is also home to Aroma, a Michelin-starred restaurant considered one of the best in the city. With a terrace offering those same postcard views of the Colosseum, the restaurant’s views compare to its celebrated cuisine. Hotel guests can get that same million dollar view each morning as breakfast is served in the same space.

Getting There
To get to Rome, I flew Alitalia’s foodie-centric Business Class service, which was more like flying in a fine Italian restaurant than on a plane. With leather seats made by the company that supplies Ferrari car interiors and cabin crew who are trained by Michelin-star-level chefs, it was the first flight I’ve taken that I didn’t want to end.

Read more of Freddy Sherman’s take on travel on his Go World Travel Blog. You can also follow more of his adventures at luxuryfred.com blog and on his YouTube channel.

Freddy Sherman
Travel writer and videographer Freddy "Luxury Fred" Sherman travels the world writing about luxury travel. He started his career as a music business executive who found a natural love for and ability to share his travel experiences with others. Whether it's playing golf with Tiger Woods in Turkey, performing with the band Yes at Rock Fantasy Camp in Las Vegas or hoisting a pint at the House of Lords bar deep within the Palace of Westminster, Freddy brings hisreaders along, enhanced by his unique perspective.
Latest posts by Freddy Sherman (see all)

Video: Diving with the Cow Sharks of Cape Town
Next Post: Luxury in Singapore – The Ritz Suite at The Ritz-Carlton in Marina Bay 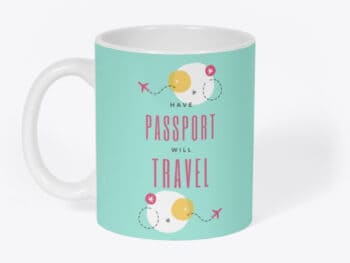