St. Andrews by-the-Sea is one of those timeless seaside towns, and a top destination for those who like to travel in Canada.

Located in New Brunswick on Canada’s eastern coast, St. Andrews by-the-Sea sits on the Bay of Fundy, an area famous for having some of the highest tides in the world.

Tides in the Bay of Fundy can reach up to 30 feet high.

The area is rich in history too. Loyalists settled the town in 1783, making it one of the oldest towns in the province. T

he homes and buildings that many Loyalists shipped over from Castine, Maine during the American Revolution are set up on Water Street, where you can also find boutiques, sweet shops and restaurants housed in buildings with colorful facades.

What makes this region of St. Andrews so unique is that fire never destroyed the main street, which means the buildings are original from the 1700 and 1800s.

Today, St. Andrews continues to attract those in search of a quintessential maritime holiday.

What to Do in St. Andrews by-the-Sea

Algonquin Resort: Stay Where the History Is

Only the most unique properties become vacation destinations in their own right.

The Algonquin Resort (part of Marriot’s Autograph Collection and the first resort in Canada), is a Tudor-style castle with a red slate roof and timber façade that sits on a hill overlooking the Bay of Fundy.

The property also boasts tennis courts, an outdoor and indoor pool with a water slide and rooftop terrace where you can catch some of the best views of the area.

One of the star amenities, however, is the 18-hole golf course with Passamaquoddy Bay views.

It is one of the oldest golf courses in Canada and currently undergoing extensive renovations.

When it comes to dining on property, try Braxton’s, which was named for a former chef at the resort who was the first African-American chef in Canada.

The short rib poutine served on gnocchi and the Verdana for Breakfast with the salmon lox bagel became my go-to each morning.

You can also have food delivered to any of the public areas at Algonquin Resort.

Another cool offering here are ghost tours led by the resort’s bellmen that talk about the hotels haunted heritage in various rooms.

The hotel is walking distance from Kingsbrae Gardens, where you could easily spend a full afternoon exploring the different paths that lead to everything including a sculpture garden, rose garden and even an edible one.

Inside, there are more than 50,000 varieties of trees, shrubs and plants spread over 27 acres.

You don’t want to miss the chance to spot one of the oldest and most rare trees in the world, a Wollemi pine thought to have been extinct for more than two million years.

Or, a visit to the Scents and Sensitivity Garden, designed for the blind, showcasing plants that have an interesting smell or texture and with names labeled in Braille.

To get the most out of the experience, enjoy a meal at the onsite café, Savour in the Garden, where the focus is on both seasonal and regional.

A top pick is the lobster roll, which is served toasted and best enjoyed from the restaurants patio where you can watch the alpaca feeding at noon.

The Bay of Fundy’s high tides provide nutrient-rich waters filled with little fish that attract more than 12 species of whales, including finback, minke and humpback.

To test our luck, we headed out to sea on a lobster yacht with Island Quest with biologists on board to talk about marine life along the way.

On the way, we enjoyed the different coastal sights of lighthouses, rocky shoreline and seemingly endless stretches of sea.

As we approached deeper water, we were told whale sightings were promising because birds had gathered feeding on the same fish (herrings and sardines) that whales were searching for.

When the whales surfaced from the water, we could see the symmetry in the color of their faces, with one side being white and the other black.

We must have seen the whales skim the surface a few dozen times and each time was as exciting as the last.

Another fun option in town is to take a Jeep Tour with Turtle Shore Adventures, where you will cover a lot of history with owner Genny Simard.

She also offers beach and history walks, but there was something that drew me to her convertible style burnt orange four wheel Jeep.

We started by talking about some of the quirky stories of town and visiting spots, like the old jail built in 1832 that sits next to the courthouse built in 1840.

We cruised down to the Pendlebury Lighthouse, which is the oldest lighthouse on New Brunswick’s mainland that was once lit with sea, porpoise or whale oil back in the early 1800’s.

As we looked out to see the shore, Genny told us that at low tide you can find all kinds of artifacts from the past, such as old pieces of china and coal that would have come from England when it fell off the ships.

Next, she drove us to Minister Island, where we explored the restored former summer home of Sir William Vanderbilt, builder of the Canadian Pacific Railway.

To reach Minister Island, you have to time it at low tide because you drive across the rocky ocean to get there. Time it differently and the road is impassable in a car.

Once on the island, we walked through some of the 50 rooms in the Edwardian Cottage.

You don’t want to miss the chance to walk down the stone bathhouse where a natural swimming pool was built taking advantage of water at high tide filling the pool.

You can also see one of the largest livestock barns in North America, and the old windmill that used to power the island.

St Andrews by-the-Sea is famous for its Loyalist era homes, and paying a visit to the Oppenheimer Prager Museum allows you to peek inside the largest home in town.

You’ll get to explore a museum, which was opened by Vincent Prager to showcase the work of his grandfather, Joseph Oppenheimer and mother, Eva Prager.

One of the most notable parts of the museum is seeing a replica painting of Albert Einstein painted by Eva after her father’s portrait of Einstein (a friend of his) went missing during the Hitler regime.

You also don’t want to miss seeing the photo of Pierre Trudeau, a friend of Eva’s, painted at the time he was Prime Minister.

St. Andrews is one of New Brunswick’s treasures. Plan enough time to visit and explore it for yourself.

The Real Scotland: Traveling in the Highlands
Next Post: Kissed by the Sun: Travel in Sicily 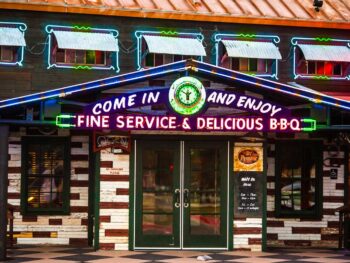 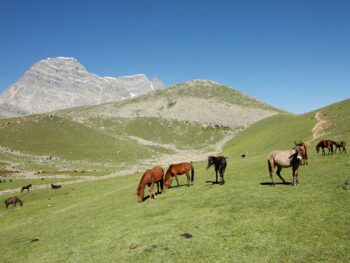