Two years ago, I was in Prague waiting for a tram in the Malostranské náměstí square at midnight. It was after a long day of walking and I was surrounded by a crowd of other weary travellers. That was the first time I had ventured out all alone into the world. As a 20-year-old history buff, I could not have asked for more.

There were some parts of the city that caught my eye and have stayed with me since. The Bohemian capital is one example. It’s like something out of a painting or a storybook.

Another is the capital of the Holy Roman Empire during the 14th century. There is something dramatic about Prague in the way it was built and the colors it displays.

Prague was missed during the bombings of World War II. Therefore, many of its cultural and historical sites have been preserved. Out of these sites, there are a few spots that really stand out and give the city its identity.

Dating back to the 10th century, the Old Town Square is where warm shades of beige and tan overtake the scene under a bright blue sky. This is the heart of Prague, one of the oldest towns on the continent, dominated by Gothic architecture.

Historically, the Old Town Square was a marketplace. You can almost visualize the area crowded with noisy vendors selling luxurious fabrics and foods from all over the world.

Some prominent structures of the square include the Powder Tower, Church of Our Lady before Týn, Kinský Palace, the Astronomical Clock (one of the oldest functioning astronomical clocks in the world) and Old Town Hall.

The Old Town Square truly captures Bohemia, but you soon learn that there is also a darker side to the square’s history. It was the spot where 27 Czech lords and knights were publicly executed in 1621. Today, 27 tributary crosses mark the place of the execution.

From the Old Town Square, one moves to the most famous bridge in Prague crossing over the Vltava River – Charles Bridge. This site will be top of the list of any guide to Prague. The first thing that struck me of this towering structure was its ashen stone which made it seem quite eerie.

This gothic and medieval Prague effect is certainly noticeable when you pass the Museum of Medieval Torture Instruments of Prague near the bridge. However, the haunting aura is contrasted by colorful boats floating across the river below.

The Charles Bridge is also a great spot to catch some talented street musicians and dancers who add a distinct charm to modern city life. They will smile at you as they play, and if you go up to say hello after, they will greet you like an old friend.

I admired the view of the river for quite some time, standing in line next to the rest of the tourists clicking pictures under the bright sun. There were a few small vendors selling handmade items on the bridge, from where I picked up a pair of earrings for a friend.

Also known as Little Prague Venice, the Čertovka or ‘Devil’s Canal’ is in the Malá Strana (Lesser Quarters). I found it a nice change of scenery, among buildings and city life, to stand on the bridge overlooking the quiet, narrow waters. Even the surrounding neighborhood of the Lesser Quarters has a soft appeal to it.

There are small cafes and pubs, orange roofed buildings with flowers on the windows, quaint alleys, hotels, souvenir shops and bakeries. Occasionally, a big group of tourists emerged from one of the alleyways, some of them giving me a smile and a wave as I watched them pass by.

The Lennon Wall may not be on every guide to Prague. It’s not an architectural wonder, but it still deserves a mention due to its personal and political significance to Czech citizens. To most of us, the wall is known for honoring a famous artist.

But it had a deeper relevance for the youth when it was first painted in the eighties, after John Lennon’s murder. It signified hope for peace and freedom from Soviet rule. The government had the graffiti removed repeatedly but artists kept coming back and repainting it each time.

I remember standing in front of the wall for a long time, taking in each individual artwork and words. It is a very moving monument as it was a way of upholding the Czech voice and expressing dissent in a non-violent manner.

This big, bright, colorful wall with a large portrait of John Lennon surrounded by song lyrics and love poems celebrates liberation and creativity.

The complex housing the St. Vitus Cathedral and the Prague Castle is the epitome of Gothic architecture in Prague. If you are a history buff like me, this will be your favorite spot in town.

The 9th century Castle symbolizes the Czech state and has been the seat of the president since 1918. 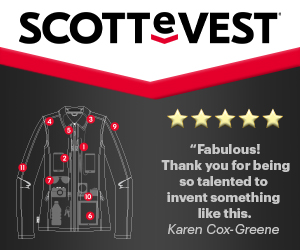 The Holy Roman Emperor, Charles IV commissioned the building of St. Vitus Cathedral in the 12th century, which went on till as late as the 20th century. This was an important religious monument as this is where the crowning of the Bohemian monarchs took place.

The complex encompasses buildings covered in vines and flowers, dotted with small cafes and food carts. It also provides a brilliant aerial view of the city, and the best way to enjoy it is with Czech beer.

Ready to use this guide to Prague to plan your own journey? Get prepared with hotel or VRBO accommodations, local restaurant reviews, insider tips on how to get around and more with TripAdvisor and Travelocity. When you’re ready to book your adventure dates, check out OMIO travel partner for the best flights, trains and car rental options.

Author Bio: Based in New Delhi, Stuti is a writer and history nerd obsessed with documenting every part of her journeys in words and pictures. She likes to explore museums, vegan food and record the art and culture of every city she visits. Follow her Instagram @cobbledstories