The Wachau Valley is a true Austrian gem with Europe’s mightiest river, the Danube, at its core. Located an hour from Vienna, this UNESCO World Heritage site is filled with abbeys, vineyards and magic, and seems to have sprung right out of a fairytale.

There are two main towns that people know in the Wachau Valley: Dürnstein and Melk. Whilst impressive in their own right, these are just two of the many beautiful towns within the valley. To begin with, there’s Emmersdorf an der Donau.

Emmersdorf, also known as the “gateway to the Wachau Valley”, is a great town to start your Wachau tour. It is a charismatic little town which offers some of the most remarkable views of the Danube, whilst also housing some of the best ice-cream shops in the area.

From the top of Emmersdorf’s many high points, you will be able to glimpse some of the wonderful sights that await you, starting with Melk Abbey and Rothenhof Castle.

It is said that a young Coloman, having returned from a pilgrimage to Jerusalem, was tortured and hung from a withered elder in Melk on suspicion of being a spy. When his body refused to rot, a ceremonial funeral was held on the Melk cliffs and Coloman became Austria’s first patron saint.

His remains were buried in Melk’s Benedictine monastery, and now, you can visit the area where his body is kept, along with the many statues that the town has erected in his name.

Melk is an especially historic area within the Wachau Valley, and one which is commonly printed on the front of postcards. By taking a stroll along Melk’s narrow streets and riverwalk, you will find yourself enveloped by a truly picturesque town filled with old taverns, quaint artisan shops, and lush green hikes.

Aggstein is best known for its castle ruin, often considered Austria’s most famous.

In 1529, the castle was burned down by the Ottomans during the first siege of Vienna. Whilst the Turks may have left the castle in ruins, it was rebuilt soon after they left – and fitted with extra arrow slits for defense.

There are several ways to get to the castle, although the best and by far most scenic route is by walking through the valley, passing many small homes and further ruins, up to the top of the mountain.

By the time you arrive, you will likely be welcomed by one of the many Aggstein events – Medieval feasts, chocolate hunts, and market days are just a few of the exciting events that are almost constantly going on.

Perhaps the best thing to see in Willendorf in der Wachau is the Venus of Willendorf: Austria’s most famous archaeological find.

In 27,500 BC, an artist in Willendorf carved an 11 cm tall voluptuous woman out of a piece of limestone. She was discovered in 1908, and since then, her purpose has been debated fiercely.

Some say that she was created as a fertility symbol, or as a symbol of a mother goddess. Others argue that she was simply created as a good-luck totem, or even as prehistoric erotica. Whatever the purpose behind her creation, she will likely remain a mystery until the end of time.

As such, along with homely coffee shops and delicious fish restaurants, one of the best things to do in Willendorf is visit the Venus Museum.

Significantly smaller than both Dürnstein and Melk, Spitz is a charming town located on the edge of the Danube. It is surrounded by nearby forests and vineyards, churches and castles, and is a great town to acquaint yourself further with the Wachau Valley.

One of the best things to visit in the town is Teufelsmauer, the “Devil’s Wall”. It is said that some time ago, the Devil became increasingly annoyed at the miracles performed by the local Church of St Johann, and decided to build a wall along the Danube to flood it.

God allowed him to do this on one condition: he must finish building the wall before the third croak of a rooster.

As such, the Devil purchased all of the roosters in the region, except those belonging to a little old lady who had refused to sell. When he had nearly finished building the wall, the old lady’s first rooster called out. Then, the second.

Finally, just before he was able to finish it, the third rooster called out and the wall was destroyed by the Danube. Out of anger, the Devil shot an arrow at the rooster – and this scene is immortalised at the Church of St Johann.

Only a small amount of the Devil’s Wall remained – and this can be seen in Spitz today.

Several centuries ago, Weißenkirchen in der Wachau marked the very centre of the Wachau Valley.

A small medieval village which houses one of the valley’s most remarkable churches, it also has the oldest primary school in Austria (circa. 1385), and a 14th-century church. Whilst significantly smaller than some of its neighbouring towns, Weißenkirchen is still worth a visit.

For those of you who enjoy a quality glass of wine, one of the best things about the town is its proximity to tens of local vineyards, which offer some of the greatest wines in Austria.

One of the most popular towns in the Wachau Valley is Dürnstein, a flawless example of how truly beautiful a UNESCO World Heritage site can be.

You may recognise its distinctive blue clocktower from postcards and storybooks and will love wandering its cobblestoned streets and diving between Baroque architecture and quaint stone-built shops.

The castle of Dürnstein is one of the most iconic sights in the town, known for being the former prison of King Richard the Lionheart. It is well worth a visit – if not for the history, then for the remarkable views of the valley. 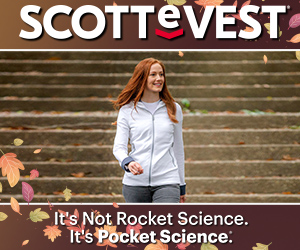 Krems marks the end of the Wachau Valley. It is surrounded by the old town walls, where you will find endless little shops and cafes tucked away.

Krems is the fifth-largest city of Lower Austria, and as such, it is filled to the brim with things to do and see. For those who enjoy fine art, there’s the Kunsthalle.

For those who enjoy learning about the history of a place, there’s the Museumkrems. Others might enjoy a glass or two of wine – and there’s no better place to book onto a wine tour than in Krems!

One could argue that Krems’ location is also perfect for souvenir shopping – a solid motivation for packing extra space into your suitcase.

The Best Way to See the Wachau Valley

Without a doubt, the best way to see the Wachau Valley is via the Donauradweg, the Danube cycle path. It winds alongside the river and through the valley’s most beautiful towns, all of which are conveniently distanced for multiple ice-cream breaks.

Read more about Austria and other European destinations:

Start planning your vacation to the Wachau Valley today. Get prepared with knowledge on how to get around, hotel and VRBO accommodations, local restaurant recommendations and more through TripAdvisor and Travelocity.

Make the most of your stay in the Wachau Valley by booking unique Austrian activities, skip-the-line tickets and expert-led tours through GetYourGuide. Find more information and book your dates here.

Author Bio: Amy Aed is a freelance adventurer that loves to write raw, off-the-beaten-track guides to gorgeous places. Read more in her blog.

8 Ways Travel Changes You Forever
Next Post: Hiking in the Himalayas: Tips & Tales From an Unprepared First-Timer