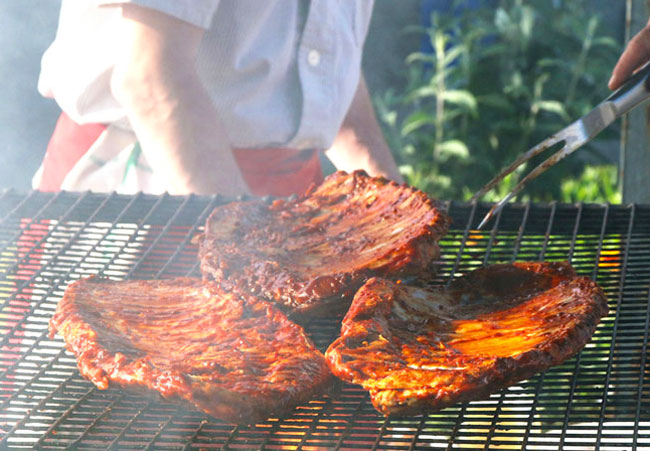 Smoked ribs and pulled pork. Just the sound of them are enough to make your mouth water. Barbecue is uniquely American, and different parts of the country have their own barbecue traditions.

Varying cuts of meat and cooking methods are used throughout the US, but BBQ sauces are what best define each region’s approach to these low and slow-cooked meats.

Where to Find the Best Barbecue in America

American barbecue is found throughout the United States, but the roots of this great folk food tradition are in the south and along the eastern coastline from North Carolina to the Florida panhandle. So, it’s no surprise that some of the best BBQ can be found in these regions.

Whether you’re a BBQ connoisseur or just love to eat good food, head to one – or all – of these top cities to enjoy some of America’s best barbeque (as it is also spelled). We’ve selected top BBQ restaurants at each location, as well as recommended places to stay.

Kansas City, Missouri dominates the barbeque scene. Its sweet, tangy sauces are often what come to mind when someone mentions American barbecue. Key ingredients are ketchup and molasses, with ingredients like brown sugar, vinegar, soy sauce and spices added to the mix. In addition to that solid BBQ tradition, Kansas City restaurants often add their own take on BBQ, creating house sauces that run from very spicy to peppery.

Jack Stack BBQ in Kansas City specializes in KC-style barbecue with a good mixture of sweet and spicy. Their Kansas City combo with burnt ends and pulled pork is a popular favorite. Joe’s Kansas City Bar-B-Que is another well-known BBQ joint.

Located in a former gas station, Joe’s often has a long line of folks waiting to dine in or pick up an order – a clear sign of its popularity. Try the Ribs & Brisket Dinner with a side of red beans and rice. Joe’s Kansas City Bar-B-Que also serves burnt ends on Mondays and Saturdays at lunch, and Wednesdays at dinner. 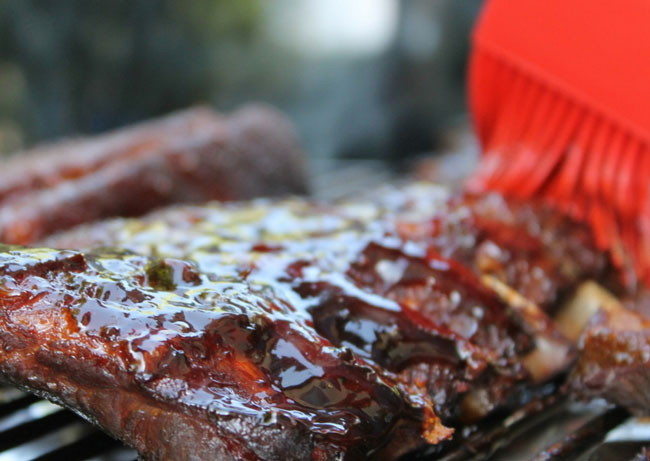 Texas likes to do things its own way, and that’s certainly the case in its barbeque traditions. Thick beefy cuts are often cooked with a savory “mop” sauce. (It’s called that since it’s often applied with a mop.) This creates a thin glaze that moistens the meat and adds flavor while cooking.

Smoked sausage is a local favorite in Dallas. At old-school joints like Lockhart Smokehouse, you can buy them by the pound or the link. All the brisket, sausage, ribs and other meats at Lockhart Smokehouse are smoked over Texas post oak.

Cattleack Barbeque is another Dallas BBQ restaurant you won’t want to miss. It’s only open from 10:30 am to 2:00 pm on Thursdays and Friday, as well as the first Saturday of each month, but their barbeque is well worth the wait.

With one of the largest concentrations of BBQ restaurants in the world, Memphis, Tennessee is a true barbeque capital. Memphis-style barbeque is slow-cooked in a pit using either a dry or wet rub. Memphis is best known for its dry rub, which simply means that salt and spices are rubbed into the meat before it’s cooked. No sauce is used. While that may seem contrary to barbeque tradition, the results are delicious and juicy.

In a “web” rub, ribs are brushed with a slightly sweet vinegar and tomato sauce before and during cooking. While other meats are used, pork is king in this part of the country, and ribs are an easy favorite.

To sample some of these culinary masterpieces, try out top Memphis restaurants Central BBQ and Three Little Pigs, which offer dry-rub, slow-cooked pork shoulder that is a delight to the taste buds.

Alabama White Sauce is what makes barbeque in this southern state unique. Invented in 1925 by BBQ pioneer Bob Gibson, this pasty mixture of vinegar, mayonnaise and pepper is often applied to smoked chicken.

The texture is thick and creamy, so it makes a nice dip too. You can sample the creation for yourself at Big Bob Gibson BBQ. Over the last 90 years and five generations of pitmasters, they’ve earned 15 World BBQ Championships and five Memphis in May World BBQ Grand Championships. They certainly know their stuff, and the results are melt-in-your-mouth amazing.

Another local Alabama favorite is Bar-b-q Smokehouse in Decatur. The plates aren’t fancy, but this local joint packs in the fans. Try out their BBQ chicken sandwiches, as well as the banana pudding, which is a unique local dish.

South Carolina-Style Mustard Sauce is what sets BBQ apart in this part of the country. German immigrants brought mustard to the region, and it’s found in many local dishes. In South Carolina BBQ sauce, mustard is thinned with vinegar and then added spices give it a zesty flavor. It’s used to dress pulled pork and other pork cuts.

Photo Essay: Trekking in the Kashmir Valley
Next Post: Stargazing in New Mexico