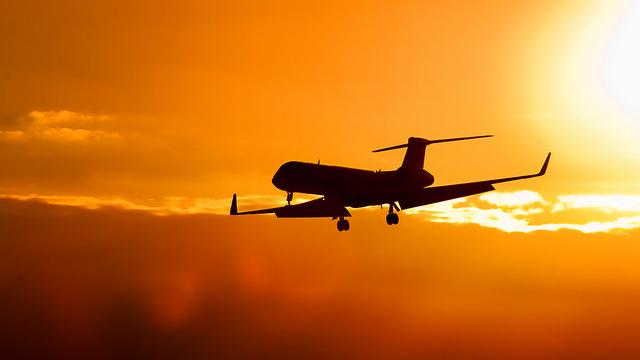 Travel has changed so much in the last hundred years. Our ancestors never imagined that one could travel 6,000 miles in just one day.

But I did that just a few days ago. The magic of flight whisked me from my home in the Rocky Mountains to the streets of Paris in less than 12 hours.

The only drawback is that our bodies have a hard time catching up with this sort of time change. The result is jet lag, a very real malady.

Jet lag results in fatigue, disorientation, a loss of sleep and even a lack of ability to concentrate. Some people, like me, feel a bit dizzy and seasick from the jet lag.

Fortunately, I’ve come up with several ways to help combat jet lag, and have developed a routine that helps. First, I set my watch to the destination time as soon as I walk into the plane. That puts my mind frame onto the destination’s clock.

During the flight, I drink lots of water (no caffeine). I’ll eat the meal and watch one movie, but then force myself to try and sleep. I have my favorite sleeping neck pillows (yup, I take two to form a comfortable pillow against the window), my eye cover, ear plugs and a light sleeping aid to help me sleep when I should. That routine certainly helps. Traveling overseas has gotten easier, but sometimes I still feel that dreaded jet lag.

As a travel editor, I sometimes receive samples of travel products to review. More than a year ago, I got a small packet of No-Jet-Lag in the mail. It was described as a “homeopathic remedy specially formatted and rigorously tested to alleviate jet lag.” Made in New Zealand, it contains natural ingredients like Wild Chamomile, Daisy and Leopard’s Bane.

I don’t put a lot of stock in homeopathic treatments, so I admit that I pushed it to the back of my drawer. But I remembered it when it was time to head again to Europe.

“What the heck?” I thought, and tucked it into my bag.

The instructions said to take one tablet upon take-off, and one tablet every 2 to 4 hours throughout the flight. Easy enough. I did that.

I slept well on the flight and arrived in Europe, waiting to feel my usual jet-lag dizziness. I was surprised when I didn’t, and even more surprised when I was able to get through the whole day feeling fine.

In fact, I felt fine the rest of the week. Maybe it was just a coincidence.

But then I took it again on the trip home, and arrived in Colorado in the early evening. I wasn’t tired, and was able to make it till 10 pm that evening. Although I woke up early the next few days, I never did feel that usual dizzy sluggishness.

I’ve been using it for more than a year now, and international travel has been much easier for me ever since. In fact, I haven’t had that terrible jet-lagged feeling since. Is it the No-Jet-Lag? Who knows for sure.

I do know one thing though. I’ll be using it again on my next overseas trip.

Salve for the Soul
Next Post: Washed Ashore: Making Art from the World’s Trash