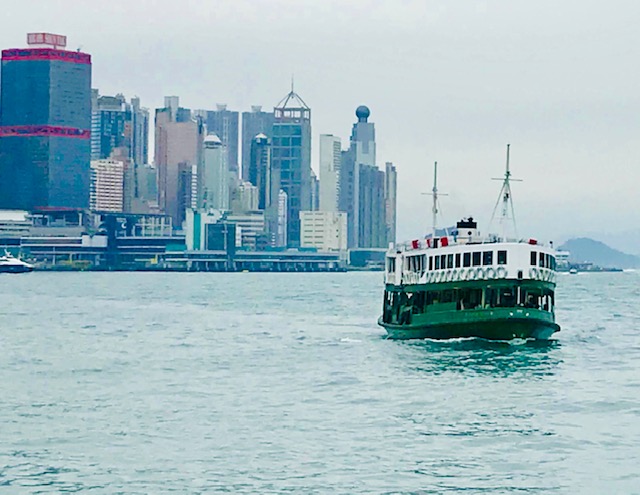 It’s business as usual for most travelers to colorful, bustling Hong Kong according to Charlotte Harris, a Hong Kong-based Virtuoso network travel advisor and others on the ground in the city of 7.3 million residents now officially known as the Hong Kong Special Administrative Region of the People’s Republic of China.

“People have been on the street protesting peacefully in favor of democracy but the media have been focusing on the more violent aspects. There has been some teargas here and there,” said Harris, who also described demonstrations disrupting flights. “We have advised clients to get to the airport early. The airport protestors want to be heard internationally to be known as Hong Kongers. They have a strong identity and want to keep that because there is a bit of an identity crisis.”

Why the Demonstrations and Protests in Hong Kong?

Tom Watkins, advisor to the Michigan-China Initiative, explains why 1.7 million people – 25-percent of Hong Kong’s total population – recently took to the streets on a rainy Sunday. “Forceful police responses to the original political protests have driven some of the fervor but there is, at the base, a great deal of worry that Hong Kong’s freedoms are being eroded by the Chinese government,” said Watkins, who travels frequently to both Hong Kong and mainline China.

“I have no problem going anywhere. It’s not unsafe, typically. There are pockets of protests and some police issues, but those areas are easy to recognize in advance. I have taken part in some of the more peaceful marches but avoided the rambunctious protestors,” Dunn admitted.

But a source in Hong Kong who travels back and forth across the Chinese border told me, “Things are changing day by day here. People are having their phones checked at immigration to see if they’ve been participating in the unrest. And when I am in a hotel in China watching CNN and something negative comes on about China, the screen goes black and the broadcast returns when they are reporting other stories.”

That doesn’t happen in Hong Kong…yet…and Watkins explained the distinction.

Why is Hong Kong Governed Differently Than Mainline China?

“Hong Kong is an autonomous territory but it is part of China: it is one country with two systems. It was controlled by the British for over 100 years and handed back to China in 1997.”

A condition of the handover treaty was that Hong Kong would keep its economic and governmental system featuring greater freedoms for 50 years, a timeline my source feels slipping away.

“A 50-year phase-out in 1997 seemed a long way away. It doesn’t seem so long now. It was pouring rain the day of the British handover and I had a very uncomfortable feeling wondering what was going to happen next.”

Harris also remembers the fireworks and pageantry of the handover ceremonies.

“Watching the royal ship Britannia steaming out of Victoria Harbor with Prince Charles and Prime Minister Tony Blair aboard was very emotional,” said Harris, who is half English and half Chinese. “The British influence is still felt in Hong Kong in some ways. We still have streets signs like Gloucester Rd. but we also see Chinese influence.”

Dunn said it was Hong Kong’s mix of western and eastern cultures which led him to fall in love with the city and move there after he completed a foreign study in mainline China.

“It’s a lot easier in Hong Kong to have a western lifestyle and the English language is widely spoken. It’s a completely different feel than the mainland and that’s a big reason a lot of the Hong Kongers feel the way they do and demonstrate. They don’t want to be a Chinese city.”

Has Hong Kong Changed Since the British Handover?

Dennis Lennox, a frequent traveler from Michigan said he’s visited Hong Kong on a number of occasions and thinks a lot has changed since the handover.

“It was regularly considered one of the best places to open a business. Its structure for taxes and regulation was very business-friendly and that’s what empowered Hong Kong to be the economic success story it was until recently,” said Lennox.

My source in Hong Kong said he gets asked often if much has changed since the handover. “I say it has not – but it has. From an economic standpoint the cost of living has gone through the roof. The property here is the most expensive in the world. 160-square-foot micro-flats the size of a parking space in the middle of the city on Hong Kong Island with no view was selling for $1.4-million. What could you buy in Michigan for that?” he asked.

Nevertheless Harris is in it for the long haul.

“It’s a beautiful place. It’s home to me and I will be here for the foreseeable future because I am a Hong Konger,” she insisted. The time-honored tradition of getting a custom-tailored suit made in Hong Kong might be a necessity at the end of a visit. “When my friends visit we eat our way through Hong Kong: breakfast, lunch and dinner. It’s a different cuisine and a different way to cook whether it is Chinese food or Thai food there is a huge diversity with many different cultures. You definitely get the best dim sum (steamed dumplings) in Hong Kong at Tim Ho Wan – a Michelin-starred restaurant with delicious Cantonese food.”

Dunn agrees and cites cuisine, crowds and culture as reasons to visit.

“Yes, prepare to eat more than you could imagine eating. And for the price, the tailored suits are fantastic,” he confirmed. “Though it’s quite busy (you’re constantly walking with 10,000 people within a few steps of you cutting your off) it’s quite easy to get around. But stay away from the tourist spots and traps that populate any major Asian city.”

Harris can help with that type of insider travel advice, planning and logistics via Virtuoso.com. Bustling Hong Kong has a tradition of luxury hospitality. The esteemed Peninsula Hotel brand, for instance, was born in Hong Kong in 1928 and the culturally historic property continues to operate with colonial and modern elements, including its fleet of “Peninsula green” Rolls Royce courtesy cars.

Visit World Heritage Dome and Meet Atomic Bomb Survivors at Hiroshima
Next Post: How to Avoid Getting Malaria While Traveling