The railroad was an important part of the Old West. It brought settlers, travelers and businessmen to remote regions of the country and helped new communities thrive.

Those railroad glory days are long past, but the railroad still has a fascinating role here in Colorado allowing passengers to ride the rails for fun, exploring parts of the Rockies that aren’t reachable by car.

Riding the train is a fantastic way to see more of the Rocky Mountains. I saw that firsthand during a recent trip with the Rio Grande Scenic Railroad.

My fiancé and I attended the Mountain Rails Live Summer Concert Series, and although we both grew up here in the Centennial State, it was a new experience for both of us.

The summer mountaintop series combines a train ride through some of Colorado’s scenic countryside with top live performances at the railroad’s own Fir Summit Amphitheater.

It is located at 9,400 feet in the heart of the Sangre de Cristo Mountains.

The idea of enjoying some good music in a beautiful setting – the amphitheater is surrounded by forest and operates on clean wind and solar energy – was enough to entice us.

Add in a train ride through undisturbed Colorado back country, and we knew we had to try it.

The train departed from the tiny town of Alamosa, which is just two hours from Colorado Springs, but four hours from our home near Denver.

So we decided to make a whole weekend of it.

I hadn’t realized how much rich farm and ranch land is in that region of the state, but we passed large herds of grazing cattle and fields filled with alfalfa and barley, which we later learned was destined for Colorado’s own Coors Brewery.

Our base was the historic Windsor Hotel, a stately location which opened in nearby Del Norte in 1874. From Del Norte, it was just a 30-minute drive to Alamosa that next morning.

At 10:30 am, we boarded the train, heading for the Diamond Class wagons which include two lovingly-restored City of New Orleans club cars.

The train was pulled by a stylish mid-century diesel engine. It was easy to see how much care and attention had gone into the train’s restoration.

The company’s decided team – most certainly passionate train enthusiasts – had located many of the Rio Grande Scenic Railroad’s historic cars in varying states of decay and disrepair.

The cars have been carefully restored to their authentic glory. Riding in them felt a little bit like stepping back in time.

Tickets for the railroad excursion start at $39/adult, $29/child and go up by class of service.

The service in the Diamond Class was top-notch, with drinks, snacks and appetizers on offer, served along with stories and commentary of what we were seeing as the miles of track fell behind us.

Best of all, the band we were going to see joined us in the Diamond Class car.

The band Exile first found success as a rock band in 1978 with the ballad hit “Kiss You All Over,” before re-establishing themselves in the 80’s as a country music group with strong southern rock flavor. I was looking forward to their concert.

The train continued through the region’s ranching country before heading up into the mountains toward La Veta Pass.

The sky was a bright blue that is so typical of a Colorado summer day, and there were still wildflowers in bloom.

It’s Time for Some Great Music with Dinner

By the time we arrived at the amphitheater, we were relaxed and ready to listen to some great music.

BBQ and other food is served onsite, and our Diamond Class ticket included a meal and drinks, which we enjoyed in camping chairs under the shade of a canopy.

I didn’t know all the songs that Exile played – I was just a kid when they were in the charts – but I loved the music. They even played hits that they had written for other bands, such as Alabama.

The ride back down to Alamosa was just as pleasant, and as the miles passed by, I could almost imagine what it might have been like back in Colorado’s early days, when the train brought settlers to exciting but uncertain futures.

The Rio Grande Scenic Railroad brings an important part of America’s heritage to life, and I’m glad I got to experience it. I just wonder why it took me so long to do it.

Rails and Ales is another way to experience the rails and have a great time doing it. The annual brewfest brings together 20 regional brewers, live music and great BBQ. 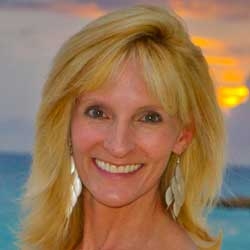 Janna Graber
Janna Graber is an award-winning American travel journalist and current editor of Go World Travel. Since moving to Austria at age 19 for college, she's been in love with world travel, and has covered destinations around the globe for more than 40 newspapers, magazines and websites. She's the author of three travel anthology books.

Italians Vote on Their Favorite Places to Visit in Rome
Next Post: An Initiation to the TransAmerica Bike Trail