We stand in a line that wraps halfway around the building. But that’s no bother. Nataliya and I enjoy the scenery, and the street musicians. The line moves fast, and before we can finish a captivating flamenco tune, we are entering the front doors.

Museo del Prado is one of Europe’s (and the world’s) largest art museums, and it houses, among many other things, the world’s biggest collection of Spanish paintings.

Dominating the museum are the works of Velazquez, Rubens, El Greco and Goya. We “met” two of them before even entering the palace, Goya and Velazquez immortalized in statuary.

There are more than 8,000 paintings at the Prado. Only about a fifth of them are on display. But that fifth would take days to properly take in.  Nataliya and I didn’t have days, we had hours. But we managed to walk through most of the museum in the limited hours we had, and we paid special attention to the paintings that interested us most.

Adoration of the Shepherds

El Greco is well represented at the museum. One of the most notable paintings: the “Adoration of the Shepherds,” a dramatic work with somewhat surreal figures in vivid colors that pop within the dark framework of the picture.

The painting was intended for his own funerary chapel. In this painting, and most of El Greco’s work, one can see why he is held apart as a unique artist; unlike most of his contemporaries, he uses elongated, almost ghostly figures that make up with vibrant color contrasts what they lack in proper dimension.

There are a great number of paintings by Rubens at the Prado, including “The Three Graces,” one of the last great masterworks by the Flemish painter—originally from his own personal collection. Another interesting depiction is “The Birth of the Milky Way,” in which our galaxy is created with breast milk.

The Garden of Delights

Of special interest is the El Bosco (Bosch) painting, “The Garden of Delights.” The enormous painting shows people falling into their desires, illustrated on three panels.

Are you interested in learning a new skill while traveling? Then this article would be a great help:  WHY NOT LEARN A NEW SKILL WHEN YOU TRAVEL?

One panel appears to be heaven, the other hell—and in between, people in a Garden of Eden-esque setting having fun. What many viewers may not realize is that the work has yet another panel: the two side panels close over the middle garden like doors, the backs of the closed doors revealing the garden encircled in a sphere, seeming to be closed for the night.

The Velazquez collection is perhaps the most impressive of the Prado. Diego Velazquez’s contemporaries, including Manet and Giordano, called Velazquez the “painter of all painters” and his work “the theology of painting.”

My favorite Velazquez at the Prado is “Las Meninas,” or “The Maids of Honor.” This work is an experimentation of perspective: a portrait of the king and queen of Spain in which the subjects are barely noticeable—unless you know where to look for them.

The Clothed Maja and The Naked Maja

And then there are the works of Goya. Of special note is the set, “The Clothed Maja” and “The Naked Maja,” each showing the painting’s subject in the exact same pose, one clothed, the other nude. The latter Maja is regarded as one of the most famous nudes in European painting.

Maja seems a content character; in fact, a number of Goya’s works showcased in the Prada are happier ones: “The Parasol” and “The Pottery Vendor,” for example. But most of his best-known works are of a darker nature.

“The Third of May 1808” is one of Goya’s most well-known paintings, depicting the shootings on Principe Pio Hill. It is displayed next to “The Second of May 1808,” depicting the charge of the Mamelukes. These less-delightful paintings are located just outside a room that houses Goya’s Black Paintings.

Goya’s “black paintings” depict the dark mood the artist was in during his later years of life. Totaling 14 paintings, they were originally frescos he painted on the walls his own house, Quinta del Sordo, or Deaf Man’s Residence.

The home was named after a previous resident who was deaf, but Goya himself was nearly deaf as well, so the name fit.

Although the black paintings were not exactly intended as a series, they share some of the same unique qualities: the large paintings are somber, irreverent and bitter, dealing with, misery, sickness, corruption and death. At the time of their creation, from 1819 to 1823, Goya was in a dark mood himself, fearing death or lunacy.

The paintings were for his own personal use, not intended for public display. He did not even title them; the titles were attributed by art historians after Goya’s death.

To stand inside the room, surrounded by the dark paintings, is depressing, the weight of them on your eyes, heavy. It is hard to imagine that this is what the artist decided to surround himself with day in and day out at his home.

But other Goya paintings I have since seen in other museums extend this dark, off-kilter theme as one that often tints the artist’s work.

A painting in San Diego’s Timken Museum, for example, called “Self-Portrait with Dr. Arrieta,” depicts the artist nearly dying in bed, being held up by the doctor who saved his life. (It was painted after his recovery, as a gift to Dr. Arrieta for saving his life.) Another “portrait” by Goya focused on a doctor’s scalpel and hands rather than his face.

Back to the black paintings of the Prado. One of the brighter of the black paintings is “Dog Drowning,” which is just as it sounds. Some of the darker ones include a horde of witches in the night huddled before a he-goat, and child with similar, monstrous features before them; “Two Men Eating Soup” shows two crazily smiling men at a table with bowls, one of them looking like nothing more than a skull in the shadows.

The painting of “Men Reading” seems somehow tuned into death. An old, bearded man sits with a printed page, and other men gather closely around him, looking at the paper. One of them looks pleadingly to the sky, as though praying desperately.

Certainly, it could not have been the artist’s intention at the time, but in today’s age of the ailing printed page it almost seems to predict the demise of the printed book in an age preoccupied with screens and electronics.

As a companion to the “Men Reading” painting, “Ladies Laughing” depicts a group of old women mocking a subject. Who are they mocking? Undoubtedly the men, who are clinging to their traditional way of reading.

It was in this pit of darkness that we met up with the husband of Cybel, the goddess who welcomed us to Madrid on her lion-drawn chariot, the iconic monument in front of the Palace of Communications.

Saturn’s painting is perhaps Goya’s most well-known work. “Saturn Devouring” His Son” depicts just that: the beastly god devouring his own son, his hands brutally digging into the man’s back as though into crust of a blood-red cherry pie.

It is a troubling painting, but Saturn, for his terrible deed, actually looks pathetic, crazed, and you almost feel as sorry for the monster as the victim. Saturn is, after all, only eating his son because he fears his own loss of power, because he is plagued by the universal fear of growing old.

A person could age just examining the troubling paintings in the room. But that is what makes them fascinating, and well worth examination.

It was getting dark when we left the Prado. It was time for some red wine and tapas before heading back home to Puerta del Sol, carrying a couple of books with the works of the Prado under our arm.

If You Visit the Prado

Pictures in an article just don’t compare to seeing them in person, on the walls of the museum.

Learn all you can when you visit with a top-rated tour from GetYourGuide. You can get an expert guide for the Museo Del Prado or explore the rest of Madrid here.

There are also many hotel options; we prefer to book local hotels  when we can, and there is no shortage of unique and charming hotels, from value to extravagant.

Our old-world-charm hotel was located right in Puerta del Sol, where we could walk to any of a hundred restaurants, cafes and bars—as well as to the Prado and countless tourist destinations. Any guidebook or tourist map will easily direct you to these and a multitude of other plazas in the “Old Madrid” area.

Find more accommodations in the “Old Madrid” area here. From apartment to hostels to hotels, Booking.com has a variety of places to stay in Madrid.

Author Bio: Eric D. Goodman is a full-time writer and editor who loves to travel.  His novel in stories, Tracks, was published by Atticus Books and won the 2012 Gold Medal for Best Fiction in the Mid-Atlantic Region from the Independent Publishers Book Awards. He’s also the author of the childrens’ book, Flightless Goose.  Eric’s work has appeared in The Baltimore Review, Pedestal Magazine, Writers Weekly, The Potomac, Barrelhouse, JMWW, Scribble, Slow Trains and New Lines from the Old Line State: An Anthology of Maryland Writers, among others. Visit Eric on Facebook, Twitter, and at his literary blog, Writeful. Learn more about Eric and his writing at www.EricDGoodman.com. 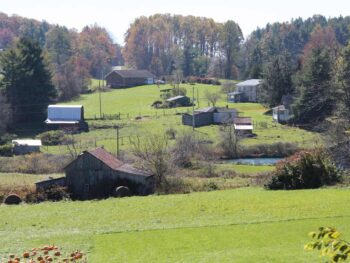 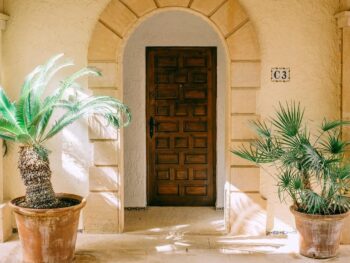 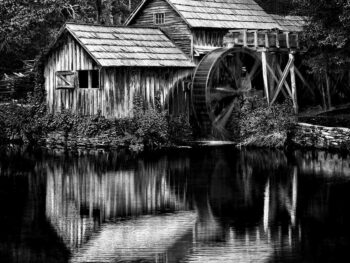