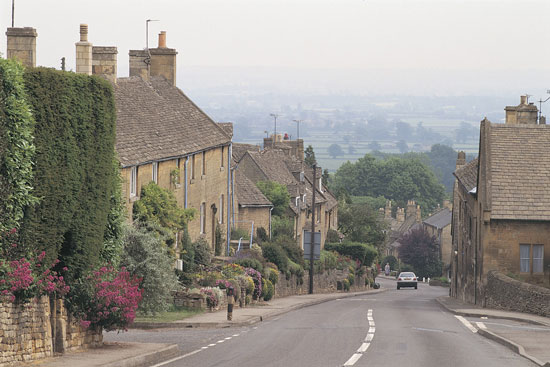 Sometimes you just can’t take the advice of a pro you respect. I watch Rick Steve’s show on PBS; I love his guidebooks.

But I took too literally his advice to cruise into a European town, find the tourist information center, and choose a quaint little room for the night.

That didn’t work in Bath, England. My daughter and I drove around (and around) those wacky one way, many-named streets for two hours, checking all the hotels we could find.

Until someone informed us there would be no room at any inn around Bath because 30,000 people were in town for a half-marathon.

Okay, this was partly my fault. Next time, I’ll check, but let me assure you that for the rest of the trip, I took a much less casual attitude toward reserving ahead.

Heading out of Bath

Yet serendipity can still happen. Heading out of Bath for Bristol that night, we took the wrong exit from a roundabout and ended up on a narrow lane which we knew instantly would never get us to Bristol.

With no place to turn around offering itself on the dark, hedge-encompassed road, we kept driving until finally coming to a well-lit restaurant, Wheatsheaf.

Seemingly standing alone in the darkness. Food! We might have to sleep in the car, but not without sustenance.

Inside, amongst the locals having a pint or the special of the evening, we were shown to a table. The restaurant owner came smiling to our table and took our order.

“Are you staying nearby?” she asked in her lilting English accent. “We don’t have a place to stay,” I said sadly.

“No accommodation?” was her shocked rejoinder. The upshot was that she had a friend with a bed and breakfast whom she called and secured for us a room.

It was wonderful: the house and outbuildings were very old but beautifully preserved, breakfast was elegant and hearty, and we had a place to lay our heads.

We should have expected adventure. Earlier in the day, on our way to Bath from Heathrow airport on the M4, we got off at exit 13 which should have put us on A34 south to connect with A303 on which we could proceed to Stonehenge.

Do not, I repeat, do not get off at exit 13 if you are a newbie tourist to the area and expect to get to Stonehenge in this decade.

Or unless you plan to chance onto the woman who not only gave us directions out of the Newbury town maze we had found ourselves in, but gave us her big road map book for all the UK.

Take my advice; go on down the M4 to exit 14 and the A338 where an engineer without nightmares has designed a reasonably straight road south. Or so the map indicates.

Actually, it appears that the small town streets and minor roads in England are paleontological relics of the meanderings of Britain’s earliest tribes.

They created paths to other huts or gathering places by going around a tree here, a big rock there, finding an easy place to ford a stream, and then cutting back and forth around whatever was in the way of a direct route to their destinations.

These paths then became cart trails, and eventually the British discovered black top and paved the paths exactly as they were formed. To this confusion, they added roundabouts. Are you still with me?

One’s only hope lies with the residents themselves. They are delighted to offer directions (which may or may not work) along with a cup of hot tea (which you will need for the headache you already have or that is sure to come).

We intended to spend a couple of days in Southern Wales, and did.

Although we never made it out of Cardiff, to the oceanside towns on the way to Swansea, we did manage to get on the M4 when it came time to head back to London. Soon a big sign appeared which stated, “M4 Closed.”

Since the M4 seemed the only road out of Wales, and since no single vehicle in three lanes of traffic going east showed the slightest indication that its driver had seen the sign, or digested its meaning, we continued along at maximum speed.

Soon, however, traffic slowed, and then crept. After some 30 minutes of this, we were directed off the M4, all three congested lanes of us, onto a very narrow country lane.

Some people might have known what to do, but many were like us and after a few miles, had to find a place to turn around and try another way.

There had been absolutely no detour signs, no arrows, and the three laughing, chatting men standing at the barrier directing us off the M4 had not even looked at us, much less offered a single word of direction.

It was our plan, and the plan of our car rental agency, that we arrive late that afternoon in London and turn our car in.

Once again we visualized ourselves becoming residents of whatever nameless lane we ran out of gas on.

We stopped a couple out walking their dog, but evidently even some young Britons confine themselves to their immediate environment because they were pleasant but clueless.

They did point out that several cars had turned a certain way, so for lack of a better idea, we took that way.

This led us to a tavern/restaurant where the proprietor showed us where we were on the map I had been anxiously perusing.

When the wife came out, she said to follow her car because she could get us back to the M4 which hopefully would not be closed this far down. And so it was that we got back to London.

Once again, the locals had saved the day. I recommend that they be consulted for every need. However, when someone tells you that the road to the place you want to go is “well sign-posted,” take it with a grain of salt.

Author Bio: Mary Pritchard was born in Wellington, Texas, and raised on a farm. She currently teaches English at Tarrant County College, and like to write, paint, and travel for fun.

Sweet on Sydney: Australia’s Family-Friendly City
Next Post: 8 Things You Never Knew You Could Do in Ubud, Bali