“I need one person to come with me!”  My Galápagos guide Rafael holstered a two-way communicator and pointed out across the Pacific Ocean.  Two motorized dinghies, or pangas had cut their engines and their 16 passengers, all paying customers on the cruise ship the M/V Evolution, fell very quiet. Disbelief filled the boat. Against a clear blue sky, a white spurt of water broke against the horizon.  Whales!

“Two I think!” Rafael signaled to the panga drivers. He hopped from one dinghy, across a two-foot gap of ocean, and landed in the next like a marauding pirate.  Excited gasps broke our shock as a massive gust from a whale’s blowhole blasted against the tide, almost 2 miles out. “Come! Someone!”

No one moved.  I looked at the distance between the boats, the desire to follow churning like a bad stomachache in my gut. “I’ll go.”

The sound dribbled out of my mouth. What was I thinking?

Everyone shifted to let me pass.  The dinghy teetered.  I stumbled, camera choking my neck and sweater dipping into the ocean. The two-foot gap looked like an abyss into hell. Fall down and I’d be a sopping wet mess holding over $2000 worth of ruined equipment. My husband egged me on and zoomed in for a tight shot with his video camera. I crossed into the next panga like a flat-footed troll, graceless and clumsy.

“Vamonos!” Rafael commanded and the dinghy shot off after the whales.

“Hola! Melissa!” An Ecuadorian tourist, Oswaldo steadied me with his arm. The boat lurched.

“Oh my God!” I hollered as the panga smacked into a wave, soaking the bow and our feet.  Oswaldo laughed, saying something in Spanish, pointing at me with his thumb and repeating my words. Everyone echoed “Oh my God!” as we crashed into another fist of water. Serious, Rafael tilted into the tide. “Faster!”

The driver cranked the engine. Another wave smashed against us. Rafael signaled. “Please shift back toward the engine.” We scooted on our rears.  Knuckles white, I clutched the handholes and clenched down against sea spray. Laughter sliced through the tension of a whale chase. We hit another wave, launching us four inches off our seats. A woman screamed, her voice crescendo-ed in rapid Spanish, her daughter clung like a newborn to her back. Rafael turned with a devilish smile. “Qué pasa?”

Another white spout broke the horizon. “Vamonos!” Our engine kicked to gear. The Galápagos Islands shrunk behind us. Our ship, the Evolution, became a speck in the bay. We chased the whales across the bay out into open waters and the hard chop of the Pacific. We chased them for 20 minutes, amidst nervous laughter and rough tide.

Silence smothered the boat.  Rafael pointed to a patch of flat water.  “A footprint.”  The whales skimmed below the surface and water sucked downward toward them.  Forty feet away, another footprint appeared. “They will come up!  Right there!”

“Oh my God!”  I leaned forward.  But this time no one echoed my words.  Every Ecuadorian mouth had dropped.  For a second, we were statues as the fin of a humpback whale breached the surface.  I came to my senses and began clicking my camera, hoping to capture what was happening.  A tiny blowhole appeared—a baby!  Its mother’s tail dwarfed the miniature wave it created.  I paused, camera suspended, seeing it with my own eyes.  A mother whale and her calf.  Together they broke the surface again, dancing and blasting seawater from the tops of their heads.  Three times, they arched upward for air.  Oswaldo turned to me, eyes wide. “Aye, Melissa! Oh my God!”  Then, the whales dove down, leaving only a footprint on the water’s surface.

The M/V Evolution is one of many yachts serving tours of the Galapagos Islands. There are various classes of ships and yachts to suit all budgets.

It is best to book your tour in advance and research reputable tour operators and travel agencies.

14 Tips for Hitchhiking across America
Next Post: White Christmas: An Australian in Lapland 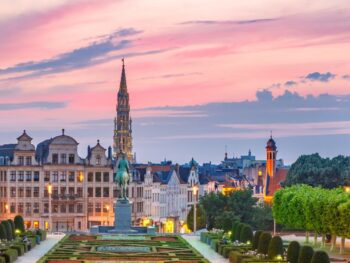 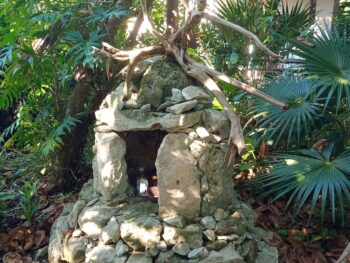