Scaling Mt. Elbrus - The Highest Peak in Russia and Europe

Elbrus Elevation is an inbound tour operator offering Multi-Day Adventures in the beautiful and untapped Caucasus Mountains.  The company’s name is derived from the range’s highest peak, Mt. Elbrus, and their signature excursion to its summit, the tallest in Europe (18,510 ft./5,642 meters), is called “Extreme Elbrus.”

Here is one participant’s story:

We started the tour at Constantine’s house; he was our lead guide. Constantine’s house was phenomenal. He has a gorgeous sort-of arbor with a nice fireplace and picnic table; a beautiful garden complete with greenhouses, raspberries, roses and vegetables; and a great house that he built with his own hands. I ate lunch before I left, then ate again because they had lamb shashlik (Russian kabobs) and a host of other yummy food.

After we packed our bags, we had a traditional Russian banya. It was so strange. Constantine and his wife actually have a little wooden room built into the side of their house with a stove for steaming up the room. There’s a super-hot stove going, and they pour water over it to fill the room with steam. It smells good; there are essential oils included.

At night, Constantine made a pretty fire in the arbor. I shelled walnuts and we drank tea while Constantine brought out homemade vodka. “Fire water,” he said. Then, Constantine got out his guitar and sang Russian songs. He sang soldier songs about the war and songs about girls. He sang a Balkar song about Elbrus that was really catchy. It was a moment out of time. The sky was dark and the fire was warm and we were all gathered around the fire in a strange place, preparing for a big adventure.

Change of Pace and Scenery

The next morning we got up early to head to the mountains to begin training. The following day, Constantine put us in a line and started out at a steady, completely doable pace for acclimatization and training. The view was gorgeous, but we couldn’t see the summit that day. I think, in retrospect, that not being able to see the summit probably helped me climb it. It helped me focus on the small goals.

The yurt, or diesel hut, is a round stone structure perched on the edge of a rocky ridge. It is the point from which most people make their summit bids. The day we arrived at the yurt was not a pretty day. The summit was still invisible behind a wall of gray. The next day was also bad weather, but Constantine said that if it cleared we might try a summit bid starting in the middle of the night, so we decided to conserve our energy and sleep a little if we could.

We kept expecting a wake-up in the middle of the night, but it didn’t come until about 6 a.m. He came stomping in and said the weather was clear and we could see the top. He told us to hurry. I stepped outside and there, closer than I thought they would be, were Elbrus’ twin heads, clear and white against the brilliant blue sky. Constantine set us on a pace that was pretty slow, and about halfway to the rocks he started talking about it being too late to summit and moreover, that we should just do a training hike to the rocks.

It had become ‘now-or-never’ and I knew my only shot at being allowed to continue was to put in a good showing on this steep part. The wind was worse and it now became steeper. At this point, we left the poles and switched to ice axes. When we were almost to the rocks, the way became so steep that a rope had been placed into the side of the mountain to help people stay on the mountain. You ice ax with one hand, and hang on to the rope with the other. Somewhere past the rocks, Yura and I started taking turns leading. The leader had to break the wind and I was not good at being in front. I was so grateful for Yura’s willingness to step in front and take the brunt of the wind. What a tangible way to embody sacrifice.

Finally, the summit came into view. It seemed almost comical. We’d been walking along this flat windy expanse for what felt like way too long when, suddenly, a little mini-mountain jumps out of the ground. I think it took somewhere around 30 or 40 steps to get up the side and then, we were at the top! Yura came over after me and collapsed face-first on the ground to get out of the wind. I got my phone out and had to take the glove liner off as well to get to the camera app. Poor planning. 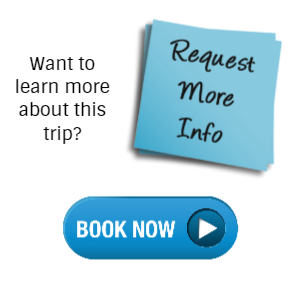 My hand was so cold. Also, I was afraid of holding my phone out too far because of the wind. I took pictures of the distance without really aiming or seeing, then took a selfie. Gloves back on, phone in pocket, grabbed Yura for a hug, then headed back down. It’s a little hard to put into words the silly grin I couldn’t keep off my face and the flood of energy I had for making the decent.

For one or two minutes, I had been the highest person on the whole continent of Europe, 1/7th of the world. The world is big. That’s a big deal.