One of America’s most famously fearsome creatures is eyeing my tender toes. It’s a Gila monster.

“They’re not dangerous, right?” asks my wife Nicole as we pause in the Santa Catalina foothills near Tucson. This is the heart of the Sonoran Tucson Desert, a remarkable landscape whose best-known icon, the saguaro cactus, symbolizes the American Southwest worldwide.

Not quite as iconic, the Gila monster has nonetheless entered the pantheon of charismatic mini-fauna that both enthrall and unnerve people. Consider that name… “monster.” Do you want a monster chomping your feet?

This one is not only not considering that, it’s yawning. These colorful, lumpish, rug-pattern 10-inch reptiles are, yes, not dangerous—in fact benign, largely quiescent and so non-aggressive that an Arizona frontier doctor once declared he would refuse to treat anyone actually bitten by a Gila monster.

Treatment is possible, the doc said, but a patient stupid enough to incur a bite would not deserve saving. This monster, thus, is no monster at all; just a charming and misunderstood representative of a delightful and misunderstood place.

Here’s a vibrant, bustling American city that deliberately restricts urban lighting so you can see the night sky better—yard lights point down, not up, for instance. It’s achieved global gastronomic recognition on the basis of, well, a hot dog.

Its summer is actually spring; and in calendar summer, the weather cools a bit, colossal thunderstorms ride the sky and clouds occasionally dump gargantuan deluges. And the greatest danger a visitor is likely to encounter is a cactus so spine-laden that it looks, well, cuddly: the teddy-bear cholla.

“It looks inviting,” I warn young visitors admiring a cholla. “Do not touch it. Don’t get near it. Nada. Nunca.”

But the allure is invariably too great, and first-timers come away with thorns embedded: annoying but not acute. Another cactus, the chain cholla, sports dreadlocks of dangling fruit-stems that drop off like dandruff.

It’s the plant’s colonization strategy: Dial up a gully-washer, the waters sweep away the cholla debris, and it all takes root downstream a ways.

Read about Scottsdale, Arizona, a desert city with the slogan “The West’s Most Western Town”

Last but not least among Tucson’s Sonoran Desert surprises is the desert itself: Arid, yes, pebbly and sun-seared much of the year. But winter rains, and sometimes summer deluges during the monsoon season in July and August, water the area to produce a lavish landscape whose viridescent, aromatic haze could be in Italy rather than Arizona.

That ecological marvel is usually right now, late March into early May, and visitors are often dumbfounded by how lush the landscape is. Add in a profusion of cactus blossoms and the “desert” is a garden.

A hike through the foothills adjoining most Tucson desert resorts is an amazement: hummingbirds and bees buzz, the air is as soft as cotton, and random wild animal sightings range from bobcats to javelinas, the native Southwest pig. Cactus wrens build impossible nests tucked into prickly pear arms where no predator could possibly reach.

Then around May 10 summer arrives—called fore-summer to distinguish it from the calendar version. Afternoon temperatures in Arizona here, soar past 100, the sun blazes implacably from 7 am to 7 pm, and wise humans head for shade or a remarkable invention called A/C.

Now’s the time to investigate the native Tucson cuisine that brought the city certification as a UNESCO City of Gastronomy—first in the US—a place whose food traditions and distinctions make it both unique and, well, belly-pleasing.

It’s one thing, for example, that all that cactus is also food: Prickly pear leaves, chunked up and preserved or cooked, are nopales and show up in dishes ranging from scrambled eggs to steak salsas. Intriguing, but also a damn fine pickle condiment. Prickly pear fruit, tunas, compose fine jams and syrups.

Mesquite trees, the old-growth grandfathers of the desert forest, are legumes whose seeds grind up into a fine flour that, added to chocolate chip cookies, makes a one-of-a-kind treat at Hacienda del Sol. Chiltepins, the Lilliputian native chiles that, like nuclear weapons, far outpunch their size, flavor soups and stews.

But the king of Tucson home-grown cuisine is the Sonoran hot dog, a local invention in which a bulbous sausage is wrapped in bacon, seated in a Mexican bolillo and slathered with chopped onions, pinto beans, salsa, mayonnaise, shredded cheese, guacamole and more… yes, it’s a really big bun.

Not fancy, but filling.

This is high-flying gastronomy? Tucson-style, yes.

“I never went to culinary school, so I have no preconceptions,” says one of the city’s luminary chefs, Maria Mazon at BOCA. She’s got a Sonoran hot dog taco on her menu, but clearly most notable are her Boca balls: chipotle mashed potatoes, wrapped in panko crumbs and deep fried. In a way, much more dangerous than a Gila monster.

So does anyone eat Gila monsters? Not really. They’d be more than a little gnarly—and much too cute, anyhow.

Ready to explore the desert and decadence of Tucson, AZ? Start planning you’re trip today! Find exclusive deals on flights to Tucson here. Then you can be extra prepared with knowledge on more favorited restaurants, hotel or VRBO options and insider tips on desert gems through TripAdvisor and Travelocity.

Author’s Bio: Eric Lucas is a coauthor of the Michelin guide to Arizona & the Grand Canyon, and former associate editor at Alaska Airlines Magazine. He lives on a small farm on San Juan Island, where he grows organic garlic, beans, apples and hay.

Gateway Canyons: Luxury Oasis in Colorado
Next Post: Planning Your Italian Journey: Top 10 Things to Do in Italy 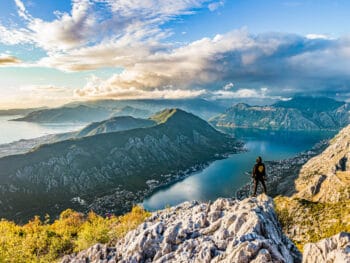 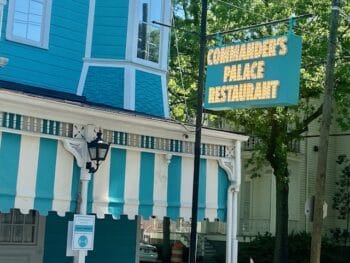 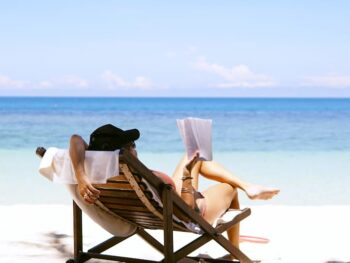