A wooden cross tightly wound with wool was nailed to the front door of Aaron House, a restored 12-bedroom Victorian home in Port St. Mary, a former fishing village on the southwestern tip of the Isle of Man in Scotland.

I studied the cross for a moment, then dismissed it as a Christian ceremony I was unfamiliar with.

“It’s the crosh cuirn,” the guesthouse proprietor announced when he saw my perplexity.

“Every year, on April 30, we fix a wooden cross to the inside of our front door. Keeps the wicked fairies out.”

Then as an afterthought, he added, “But it must be bound with sheep’s wool.”

I wanted to ask why, in particular, sheep’s wool, then thought better of it. “Do all the islanders do this?” I asked.

“Aye, most of us have experienced the fairies, so we know what to do.”

He nodded knowingly then disappeared into his office.

The indescribably beautiful Isle of Man lies in the untamed waters of the Irish Sea off the northwest coast of England. It’s a patchwork landscape in shades of willow green, lime and sage, sprinkled with azure and indigo waterways, and punctuated with snowy white sheep on the hillsides.

The 227-square-mile (588 km²) island is rich with history, with standing stones left by the Vikings protruding from the earth like daggers; Celtic forts that predate Christ along the shores’ serrated edges; and primeval burial sites that have frowned over the valleys for four-thousand years.

Such history undeniably influences folklore and the mystique surrounding this ancient kingdom.

I was curious to learn more about the island’s supernatural attractions and asked around for some guidance.

“At the end of the lane,” I had been directed by a gas-pump attendant, “the little white cottage, overgrown with wild fuchsia, that’s Uncle Neil’s.” Uncle Neil, as he prefers to be called, is a mystic. It’s said that he has contact with the underworld.

After much telephonic coaxing, he agreed to meet me for a drink and divulge some of the island’s fables.

My car rolled onto the stone drive of the fuchsia-encased cottage. Before me was a setting of incomparable splendor — a quilted countryside in hues of moss, pine and mint, interspersed with mauve heather and lemon-colored gorse.

When I rang the ornate brass bell the door opened a crack. I introduced myself, the crack widened, and I made eye contact with a single, dark iris.

I inquired as to which direction the pub lay, and was directed by a spidery hand waving vaguely toward Ireland.

I eventually found the remote pub in the little hamlet of Niarbyl, near the village of Dalby, on the west side of the island.

The Ballacallin House Hotel’s handful of patrons fell silent when I walked in and watched as I strode toward the proprietor, inquiring about Uncle Neil. He gestured with an incline of the head toward a solitary figure sitting by the window.

I approached what appeared to be a shriveled, hunched frame nursing an empty beer glass. Uncle Neil appeared sunken and hairless with blue-veined, papery skin exposing his domed cranium; he seemed nearly devoured by his clothing.

His face sat low on his shoulders, pitched forward as if deprived of support. His upper lip protruded like that of a turtle’s beak, and his cheeks were sunken.

We agreed how good it was to finally meet, exchanged a few pleasantries, and soon settled down with fresh drinks and let’s-get-comfortable smiles.

“Those are Northern Ireland’s Mourne Mountains on the horizon,” he boomed in a walruslike voice. He contemplated them for a moment.

“The old books say that a warring Irish giant threw a fistful of earth at his Scottish rival, but that it fell short and landed in the Irish Sea; that is how the Isle of Man happened.”

As he spoke, I learned that island life is undeniably influenced by folklore and pagan rituals as, today, the revered Celtic magician-king Manannán mac Lir, revered as the god of the sea, is still honored by the natives.

On Midsummer Eve, they carry green meadow grass to the top of Barule Mountain in payment for “renting” the sea. It is said that some folk still pray to Manannán, asking for a blessing on their boats and a good catch.

“What can you tell me of the crosh cuirn?” I asked.

He crooked a crescent of skin where his eyebrow should have been. “Aye, the crosh cuirn dispels evil spirits. It’s a wooden cross positioned above an entrance door.

Naught mischief enters a household where a crosh cuirn hangs.” He nodded gravely. “Some folk put a crosh cuirn in the cowshed to protect their animals, and some fishermen use it on their boats.

He nodded some more. “It’s a cross of twigs trussed together with sheep’s wool found in hedgerows. To be effective, though, the twigs must be of the Rowan tree — they have magical powers — and they must be broken by hand, never cut.”

He gazed across the sea, then added, “Legend and superstition is widespread on the island. But there is more than a grain of truth in many of these tales.”

Directly behind Uncle Neil, sitting at the bar, was a rugged, amiable-looking fellow, bundled into a heavy barn jacket.

While my host fumbled with his pipe, I observed the barn jacket grab a small cup of something and thrust it deep into his beard. Evidently, it found his mouth. He eyed me suspiciously; a biscuit then disappeared into the depths of his beard.

Uncle Neil shot a cloud of pipe smoke across the table; it hung there, suspended for a while, then slowly rose to the ceiling. He took a long pull on his pint, emitted a lung-shaking cough, then sat quietly, contemplating life.

We spent the next few hours discussing the Isle’s ancient mystique and folklore. I learned that travelers should take a bone from a sheep’s jaw along as a means to direct them. I wish I had known this before, as the Isle of Man roads can be rather confusing.

Locals believe that throwing the bone will show you the way, pointing to the right road. We discussed Moddey Dhoo, the ghostly black dog of Peel Castle, said to have scared a sentry to death, and the Water Bull, with its fiery, brutish eyes, living in swamps and possessing a bellowing that makes the ground tremble.

At the mention of Gef, the talking mongoose, the barn jacket ambled over and introduced himself as “the fellow who knew about Gef.”

He told us that Gef took a fancy to what was once known as the Irving farmhouse, a lonely mountain cottage in ruins today, and hid in its walls. At first, all Gef did was make strange noises, then he began speaking to the family.

He would disappear for weeks at a time, claiming, on his return, that he had traveled around the Isle by clinging to the underside of buses. He would relay details of what happened in other households elsewhere on the Isle, which were later verified by journalists.

Many such Manx fables have been passed down through the generations, including those relating to the sea. Everything feasible was done to bring good fortune in search of a bountiful catch.

The sea received offerings for the mermaids, boats were searched for witches, and the mention of four-legged animals by name was sure to change a boat’s destiny.

I bid farewell to my two new friends, then returned to my hotel. As I crossed the Fairy Bridge, which lies just past Santon Station on the main Douglas–Castletown road, I recalled Uncle Neil’s warning about the Little People.

“Should you cross the Fairy Bridge without saying so much as laa mie (good day) to the fairies, you cannot be sure of a safe and pleasant visit.”

I considered shouting a greeting out the driver’s window, but thought better of it, opting rather to smile inwardly at my own superstitions.

Moments later, my map hoisted itself out of the passenger-side footwell and, having spent a moment wrapped round my face, blew away in time to show me the fast-approaching ditch.

Enjoy Pumpkin Season at 7 Farms in Driving Distance of NYC
Next Post: Top 10 Things to do in North Dakota 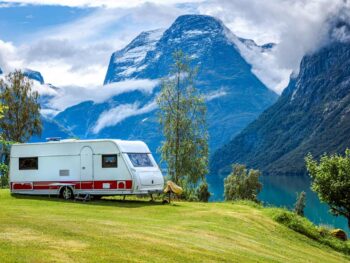 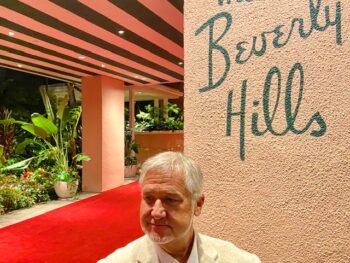 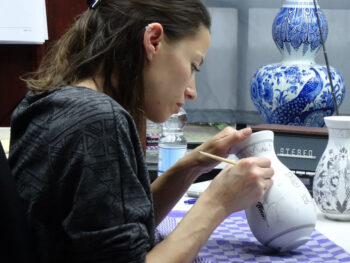