Welcome to the “Gap Season” in Garmisch-Partenkirchen, a play on words that also refers to the automobile license plates of this southern German town, which read “Gap” (short for Garmisch-Partenkirchen). Spring is the perfect season to enjoy the delights of Bavaria, without the crowds that fill this “Aspen of Germany” for winter sports or summer music ― an excellent time for quiet rambles, good food and the luxurious experience of a fine spa hotel.

Garmisch-Partenkirchen is 55 miles (89 km) south of Munich. While it might be handier to refer to the area as “Garmisch,” don’t! Each town has a long individual history. The Romans built a road through the valley and established an outpost at “Parthanum.” During the Middle Ages, traders stopped at Partenkirchen on their route to Italy, and Garmisch loggers sent the area’s timber down the River Loisach. The area was “discovered” by 19th-century travelers, but the 1936 Winter Olympics brought the world to this valley ― leading to the forced union of the town names.

Partenkirchen is the elder sibling, with a well-tended historic district along the Ludwigstrasse, as well as a modern commercial center. Our home base in Garmisch, the Hotel Zugspitze (Klammstrasse 19), lives up to its name, with balconies that face the icy talon of Germany’s highest mountain (9,721 feet or 2,964.9 m). The Kauffmann family has blended Eurostyle with Bavarian tradition to craft a manorial experience for guests ― classy rather than kitschy, and downright comfortable. It’s within easy walking distance of the train station and just down the street from the Marienplatz that centers Garmisch.

Walking is the way to get around town ― and indeed, all of Bavaria. Well-marked trails network the valley and the mountainsides, with shelters, restrooms and inns. I began my ramble in Partenkirchen, at the “Plague Church” painted with a giant fresco of the Four Horsemen of the Apocalypse. Following the signs for St. Anton’s, I headed up steep streets, past a fountain and toward the green hillsides. The cherry trees and daffodils were in bloom. I heard chickens cluck, and saw a sign for fresh milk beside a pocket pasture and small barn. Steep-roofed houses presided over tiny flowerbeds or sheltered behind clipped hedges.

Walking and window-shopping are delights in this town of fewer than 30,000 residents. Partenkirchen has the prettiest street, the Ludwigstrasse with its iron street signs worked with the image of the wares inside: books, eyeglasses, pretzels. It also has a commercial district along Bahnhofstrasse with souvenir stands, clothing stores and a hardware store that carries, among its other signs, one of a squatting dog in a circle crossed by the standard red diagonal.

Garmisch street life centers on the Zugspitzstrasse. Merchants offer high-end linens and engraved crystal, Rolex watches and ties hand-painted with slalom skiers. Upper stories of the buildings are painted with scenes of Bavarian life ― cattle, harvesters, men and women in traditional costume ― as well as religious tableaux of the Holy Family, saints and angels. A particularly pretty walk follows the course of the Loisach, an icy blue that reveals its glacial origins, to the back of the Kurpark (Spa Gardens) with its beds of primroses and pansies.

A pass purchased at the Zugspitzbahn may be used on the train and the cogwheel train and/or the cable cars that serve the summit. The engine bearing the sky blue and white diamonds of Bavaria pulled cars crowded with skiers through the valley’s flat fields with tiny barns and long-horned brown cows, past the villages of Reisersee and Hammersbach with onion-domed churches. At Eibsee, riders could choose between the vertiginous climb via a single cable car run to the summit, or a switchback train ride up the shoulders of the mountain and through a 2-mile (3.2 km) tunnel.

The landscape shifted from fields to pine forests, with small patches of flowers making an early appearance at the melting edge of snowdrifts. As the train crept and I focused close to the tracks, my seatmate gave me a nudge. Below, the intense blue waters of the Eibsee glowed like an opal in its setting of dark pine. She had no English, and I had no German, but the scene was beyond words.

Garmisch-Partenkirchen shares a passion for winter sports with its sister cities of Aspen and Chamonix. Skiing is on at German’s Alpine Arena from October through May, with the snowboarding season extending into June. Besides the two ski areas on towering Zugspitze, try adjoining slopes at Alpspitze, Kreuzeck, Hausberg and Eckbauer, all served by cable cars from the valley. The Zugspitze offers both skiing from the summit at 9,721 feet (2,964.9 m), and Germany’s only glacier ski area, with eight lifts and one chairlift carrying skiers to the slopes, super-pipe and fun park laid out on the Zugspitzplatt Glacier.

Composer Richard Strauss loved this town, and both an institute (with concerts, films and more) and a public square bear his name. His heroine figure resides in a fountain on the Kurpark. Richard Strauss Tage (Richard Strauss Days), in late June, is an annual music festival featuring performances of his works such as “Ariadne auf Naxos” and “Till Eulenspiegel.” During the “Gap Saison,” concerts and opera performances are scheduled at the Strauss Institute, as well as the Kongresshaus on Kurpark, which hosts performances in the event center Festsaal Werdenfels. 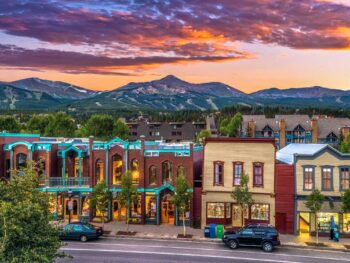 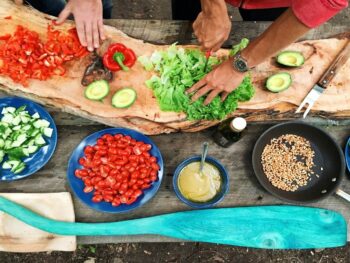