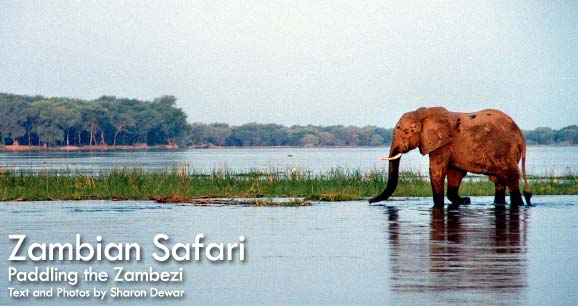 Although there are a variety of safaris for observing wildlife, from game drives to riverboat rides, offered by a variety of operators, canoeing can be the most exhilarating way to witness the region’s diverse ecology.

The Zambezi River is the fourth longest river in Africa.

From its source in Zambia, it eventually empties into the Indian Ocean in Mozambique after a 1,600-mile-long (2,574 km) twisted journey through south-central Africa.

The Zambezi flows along the border of Zambia and Zimbabwe.

Elephant herds gather at the shoreline to drink and bathe, while enormous males wade to small islands mid-river to graze on lush vegetation.

Several lodges and tent camps, ranging from rustic to luxurious, operate in the park.

The Zambezi River’s current is swift, which makes the canoeing nearly effortless, as the boats glide downstream.

This particular stretch of the river offers only calm and peaceful waters. Our guide guaranteed there would be more drifting than paddling, but the water’s ominous inhabitants gave me pause.

Hippos reportedly kill more people than lions, and safari guides are chock-full of gory stories about the territorial river tyrants.

Of course, the guides are always quick to emphasize that neither they nor their groups have ever been harmed.

During the safety briefing it’s easy to lose confidence and question your capabilities, but we were promised that canoeing is the best way to experience Zambia’s enthralling wilderness.

I put my trust in our guide, swallowed my thickly forming trepidation, and donned a life vest.

It took mere moments for my fear to melt away after easing the canoe into the glassy water.

Our group of canoes glided peacefully down a narrow channel in silence, passing plovers, egrets and a lonesome grazing cape buffalo.

Africa is a majestic dichotomy, tranquil yet treacherous. Its magnificence soothes the soul while creating an acute alertness rarely experienced elsewhere.

My mind never drifted nor daydreamed, but relaxed and discovered every sight, sound and smell. On this river deep in Africa’s belly, it’s easy to find a deep sense of peace, connection and vulnerability to the environment.

As we slid through a narrow channel, Grobler slowed his lead canoe. Hippos ahead were blocking our passageway. Two powerful gray heads breached the surface, staring at us with hard eyes and tangible frustration.

One snorted loudly, and quickly submerged. We waited. He surfaced again, watching us while we watched him.

Grobler sat aloof and relaxed, explaining that this was just part of the power game between the animals and us.

The hippos would submit by leaving the water, but I had my doubts, as the standoff persisted minute after long, intense minute.

Finally, one brawny body relinquished control of the channel by scrambling onto shore, the other following closely behind.

With bloodstained mouths and bloated bellies, they panted heavily. The cats were taking a break from their gorge-fest, protecting the carcass from scavengers’ greedy jaws, such as the large crocodile that quickly slithered into the river as we approached.

Feeling vulnerable yet mesmerized, we watched nature’s brutal beauty as it watched us.

Thankfully, no other elephants we encountered were “show-offs.” The many enormous old males in the river were quietly grazing.

We watched in awe, cameras in hand, hoping to capture each extraordinary moment on film.

With the afternoon quickly waning, we paddled to shore, where a Land Cruiser awaited us. The river is enchanting by day, but very dangerous at night; we would make our way back to camp by vehicle.

While the fiery glow of the setting sun drenched the river in glowing orange, pink and golden embers, I quietly mused about our astounding day on the water. 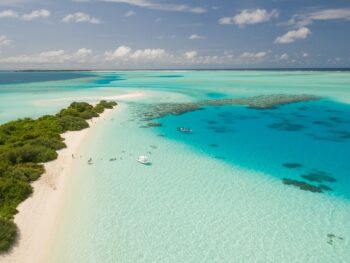 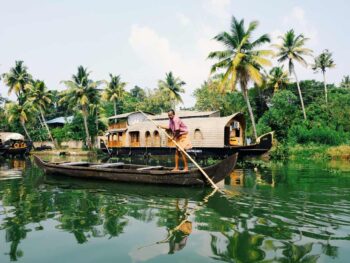 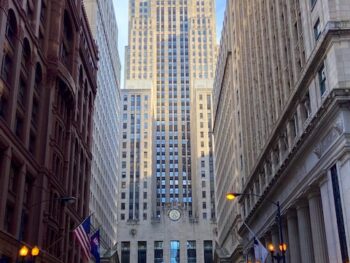