The Morning Mist of Scotland

The terrain in places is as violent in appearance as the bloody battles that raged in Scotland for centuries. At the same time, it can be as gentle as a morning mist rising above the moors.

Craggy rock-strewn mountains stretch toward the sky. Towering cliffs plunge to the crashing sea below.

The still waters of forest-clad lochs (lakes) reflect images of centuries-old castles and fortresses, which stand like silent sentries on their shores.

Mention Scotland, and this is the picture that people are likely to conjure up.

Yet too few travelers head for the Highlands, the remote upper half of the country where, in many ways, the “real” Scotland can be discovered.

Although Scotland is only about two-thirds the size of the state of Pennsylvania, its Highlands comprise one of the last great wilderness areas of Europe.

The region is sparsely populated. Sheep and long-haired cattle occupy much of the fertile land. Tiny towns dot the landscape.

The History of Scotland

This setting has not always been so tranquil. The history of Scotland is replete with battles against a parade of invaders and tyrants.

And when those enemies weren’t available for a good clash, high-spirited Scottish warriors often took to fighting among themselves.

The first record of Scottish history dates back to the Romans, who arrived in 82 A.D.

They were followed by influxes of Celtic Picts, Anglo-Saxons, Britons and Celtic Scots, who came from Ireland during the third and fourth centuries.

The Treaty of Union in 1707 united the parliaments of Scotland and England, but nationalistic loyalties remained very much alive among the fiercely proud Highlanders.

In an effort to crush their rebellious and independent ways, England in 1747 banned traditional Highland dress and the bearing of arms.

In 1780, a sorrowful page of Scotland’s history was turned.

For the following 80 years, the Highland Clearances led to the eviction of thousands of tenant farmers and herders, who were forced from their land and replaced by sheep, which provided greater income.

Following this forced emigration and the spread of Ireland’s potato famine into Scotland, the rural Highlands were nearly deserted.

This history of defending their homeland and their honor against a parade of intruders instilled the Highlanders with an intense pride that continues to be displayed in a variety of ways.

The system of clans (Gaelic for “family” or “offspring”) had its roots in the sixth century. As various regions came under the control of chieftains, other members of each clan adopted the name of their leader.

While the original clan system came to an end in the mid-nineteenth century, pride in the common name has lingered.

Today, it’s expressed primarily through spirited competition at the Highland Games and in opportunities to don traditional dress.

Highland clan members as long ago as the thirteenth century were identified by the brightly colored plaid material that served as clothing.

At that time, it consisted of yards of tartan, which the wearer spread out on the ground, folded into pleats and wrapped around his body.

From that evolved the kilt, the skirt-like attire that is so familiar today. It still is the mode of dress preferred by many Scotsmen for ceremonial and formal occasions.

The complete outfit is an elaborate, lavishly decorated affair that includes traditional adornments.

For example, the handbag-like spurn, which is worn around the waist, still is commonly made of leather or animal fur. A small dagger called a skean is tucked into the top of high stockings.

According to legend, warring clan chiefs, meeting to work out their differences, hid small knives there in case the gathering grew unfriendly.

Since the clans played a starring role in the history of Scotland, it’s no surprise that their stories often are closely associated with the turreted castles that dot the landscape.

Some survive as sumptuous stately homes, while others are ruined fortresses that provide only hints of their past glory.

The visitor to Eilean Donan soon learns why it is one of the most photographed castles in Scotland.

The rebuilt thirteenth-century fortress is perched on a rocky promontory reached by a causeway, at the meeting point of three lochs.

Surrounded by water and mountains, the castle has a proud past that is brought to life in its furnishings and artifacts.

It served as home base for the MacKenzie and MacRae clans.

The walls of the banquet hall still are adorned by numerous coats of arms, and a lively painting in the billeting room depicts MacRaes, dressed in belted plaids, dancing on the roof of Eilean Donan the night before a major battle.

Cawdor Castle, built in the late fourteenth century, is what many people picture when they think of a fortress.

According to legend, its soaring central tower, walled garden and drawbridge entrance provided the setting for Shakespeare’s “Macbeth.”

A particularly bloody history unfolded at Urquhart Castle, another fourteenth-century structure that was one of the largest fortresses in Scotland.

Its extensive ruins occupy a rugged ledge that juts into the deep waters of Loch Ness.

The castle played important roles during the Scots’ struggle for independence from England in the fourteenth century.

Throughout the next 200 years, it was frequently raided and plundered by a stream of attackers.

This edifice would be interesting for no other reason than its location overlooking the best-known loch in Scotland.

Sightings of a monster in the 23-mile long, 754-foot deep lake were first reported as far back as 565 A.D. That’s when St. Columba, an Irish missionary to Scotland, told of seeing a “water beast.”

Along with an audiovisual presentation, craft demonstrations and the ubiquitous gift shop, the complex boasts a life-size statue of Nessie standing in a miniature outdoor lake, which is the closest thing to the real monster that visitors are likely to see.

This touch of commercialism isn’t what most travelers to the Highlands of Scotland are likely to remember following their visit.

More recollections, and photographs, probably will portray some of Mother Nature’s most memorable handiworks.

That can be as dramatic as rolling moors and distant mountains, as scenic as a hillside set off by a stone fence, and as colorful as lavender heather blanketing a deep green field as it stretches toward the horizon.

This ever-changing setting provides variety which transforms the Highlands, one small region in the United Kingdom, into a destination as memorable as it is inviting.

If You Travel to Scotland

Author Bio: After gallivanting throughout the United States and to more than 75 other countries around the world, and writing about what he sees, does and learns, Victor Block retains the travel bug. He firmly believes that travel is the best possible education, and claims he still has a lot to learn. He loves to explore new destinations and cultures, and his stories about them have won a number of writing awards.

Five Memorable Things to Do and See in Belgium
Next Post: St. Andrews By-the-Sea: A Canadian Maritime Holiday 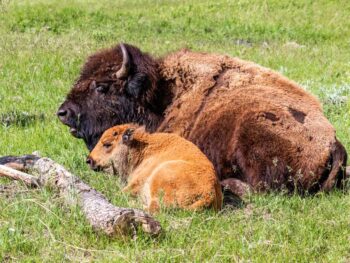